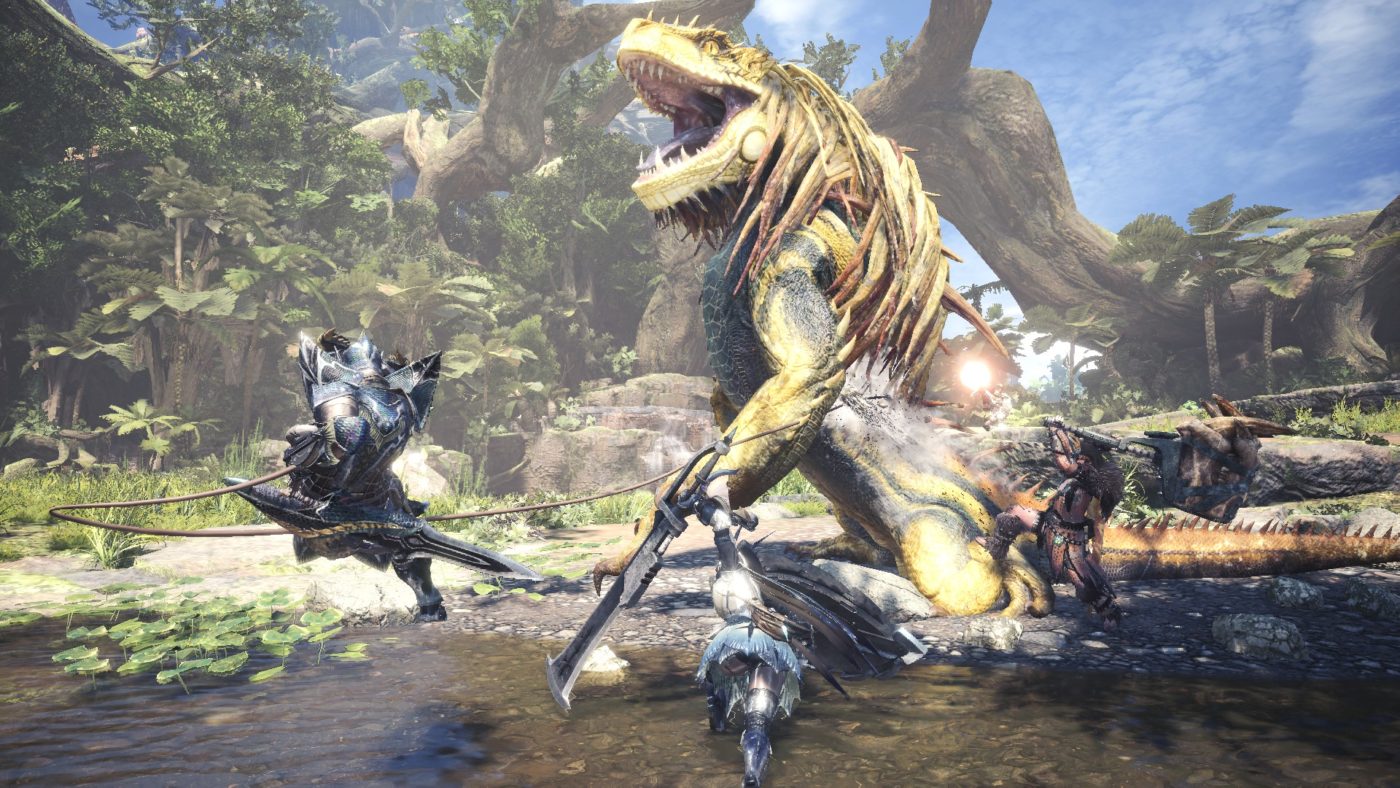 Also of note, while console players usually get content earlier than their PC counterpart, that won’t be the case starting April 2020. Capcom has confirmed that console and PC Monster Hunter World players will get “major” Iceborn content updates in sync.

Check out the Monster Hunter World Iceborne roadmap update below. 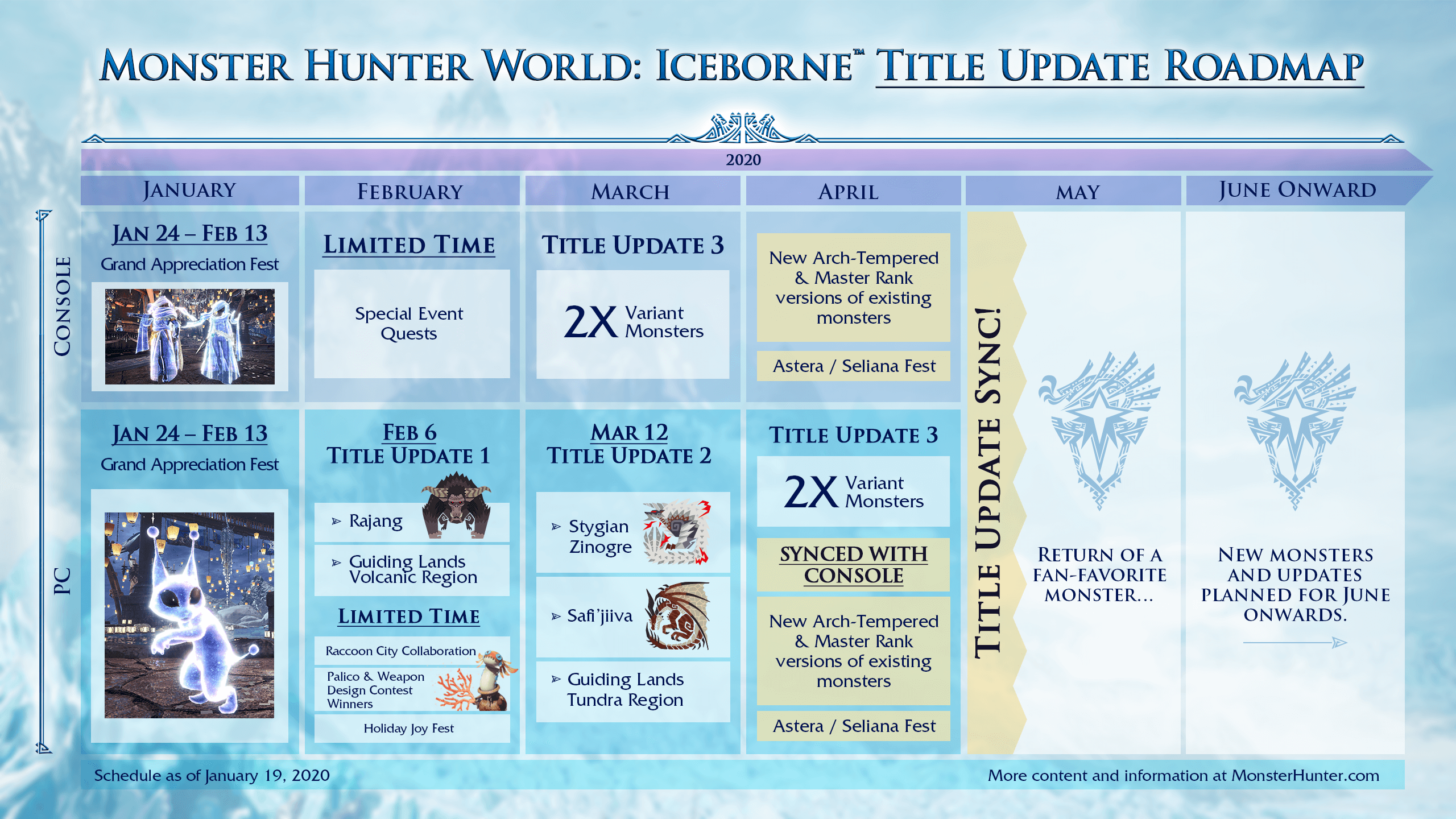 PC players will receive their first content update in February, which will include the introduction of the Rajang, a new region to explore, and more. The Resident Evil crossover will also finally be available for PC players that month as well.

The second PC update will take place on March 12, and will feature the Stygian Zinogre. This will be part of a new Tundra Region area, which includes other new monsters to slay.

As for console gamers, from February through March, PS4 and Xbox One players will get new limited time event quests, two additional monsters in Iceborne, and more.

From February through March, console players receive new limited time event quests that increase the odds of encountering gold crown monsters, decorations, and Great Spiritvein Gems while maximizing their rank. A subsequent major title update brings two additional variant monsters to Iceborne, which will be available for console players in March and in April for PC. Later in April marks the beginning of major content updates for both PC and console being released on the same schedule. New Arch-Tempered and Master Rank versions of existing monsters will be available at the same time for both PC and console players, followed by the return of a fan-favorite monster in May. More synced updates and additional monsters will be available in June and beyond, with details coming at a later date.

From January 23 through February 13, players can participate in the game’s second anniversary in Grand Appreciation Fest for Iceborne players, or for those who don’t own the expansion, the return of the Appreciation Fest will be available to all players in the Astera Gathering Hub.