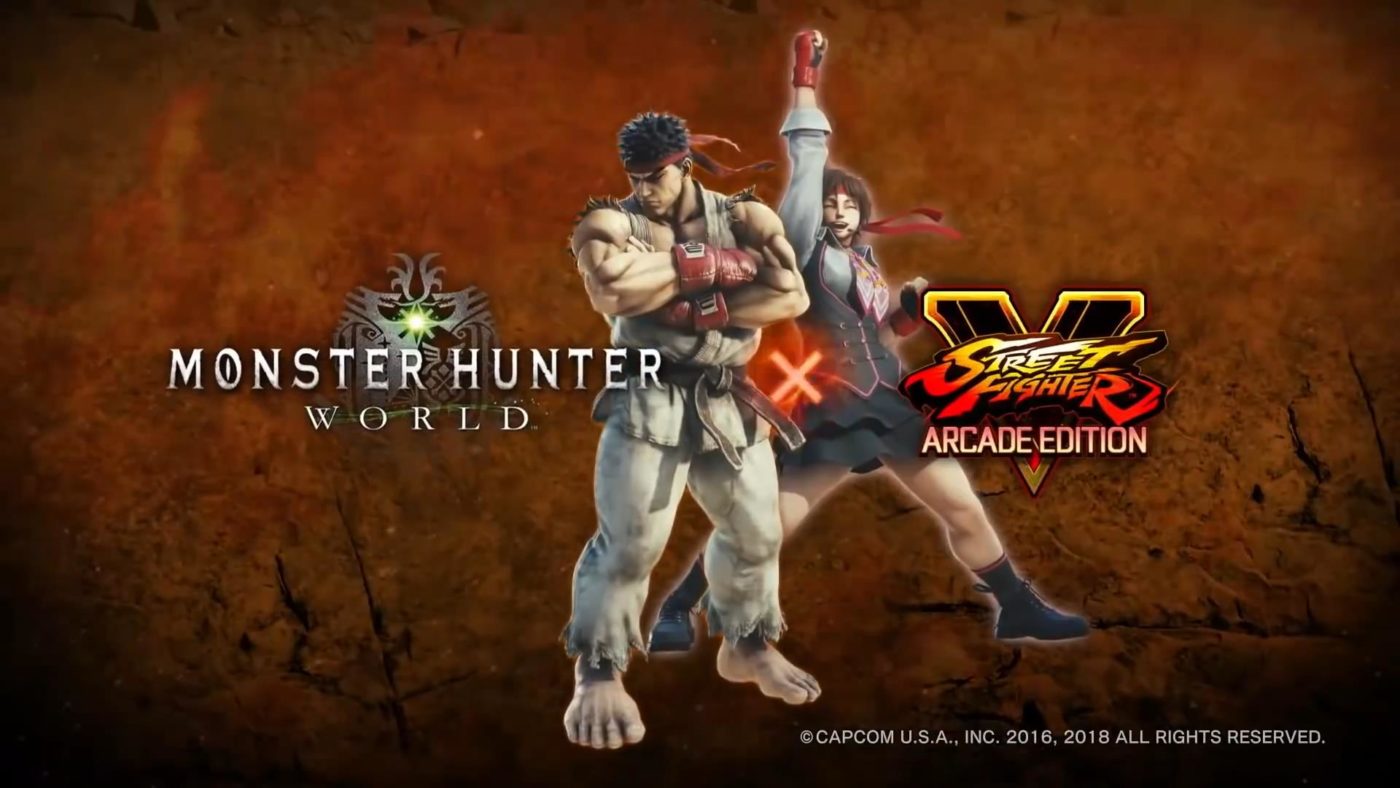 Announced at EVO Japan 2018, Ryu and Sakura’s fighting garb will be in Monster Hunter World and can be obtained via in-game quests. Those who own Street Fighter V will be able to access these missions early. Moreover, they’re one-piece armor sets and cannot be mixed with the other armor pieces.

It’s not just Monster Hunter World getting some sweet crossover stuff! Street Fighter V will get some MHW costumers as well! Check out the armor costumes below! And yes, you’ll be able to earn these costumes within the game by completing the four challenges rolled out in the  coming weeks in the game’s Extra Battle mode.

In case you missed it, check out our review of Monster Hunter World, and see why it’s already in the running for Game of the Year 2018 for MP1st!