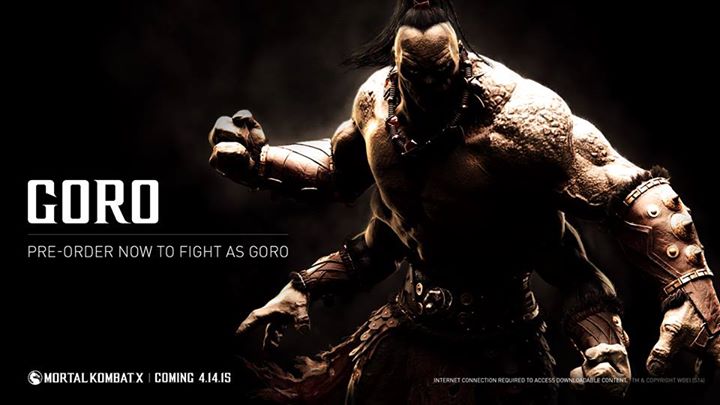 Those who’ve been itching to get their hands on the tenth installment of the Mortal Kombat series won’t have to wait too far into the year 2015 to get your hands on it.

Recently, NetherRealm Studios let the cat out of the bag, revealing that Mortal Kombat X will launch on April, 14, 2015. An April release for MKX shouldn’t come as too big of a surprise, seeing how NetherRealm’s past two titles, Mortal Kombat 9 and Injustice: Gods Among Us, also released in the same month back in 2011 and 2013, respectively.

What should come as a surprise to Mortal Kombat fans, however, is the pretty neat pre-order bonus which nets you the ability to play as none other than Goro, the Shokan warrior, marking the first time Goro would be playable again after an eight year long wait.