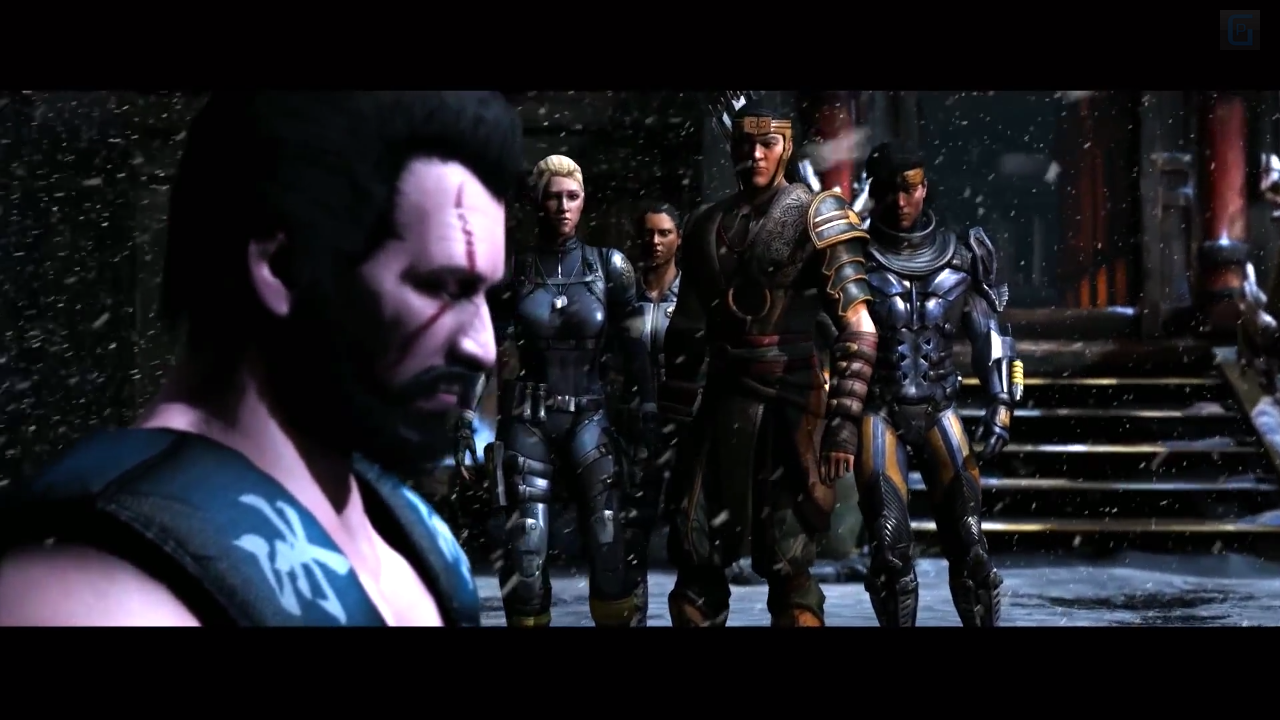 After patiently awaiting for a character reveal throughout the month of February, Mortal Kombat X fans were treated to a well-worth-the-wait story trailer filled to the brim with juicy new details earlier this morning.

Not just one, but five new characters, including the likes of Mileena and some new fighters such as Erron Black, Jacqui Briggs, Kung Jin and Takeda, were revealed in the new story-related MKX trailer, with hints of more. In addition to the five characters above, we also catch glimpses of Baraka, Johnny Cage, Rain, Sonya, Sindel, and Shinnok. But, judging by a recent tweet from Ed Boon, it looks like only the five of the above revealed characters are set to be playable. Still it’s entirely possible that characters such as Rain and Sindel will just be living tower modifiers or just story mode NPCs.

The trailer also partially answers to Boon’s boot riddle with Kung Jin filling out the last character slot and joining the likes of Quan-Chi and Kitana as the first and fourth set of boots. It also brings up some interesting questions like why characters such as Liu Kang, who was spotted in the NEXT trailer that went over the Faction War feature, wasn’t included in the latest trailer.

Earlier, NetherRealm Studios revealed for the very first time the Brutalities of Mortal Kombat X in a montage that you can watch here.

Mortal Kombat X is set to be released on April 14 for the PC, PlayStation 3, PlayStation 4, Xbox 360, and Xbox One platforms.