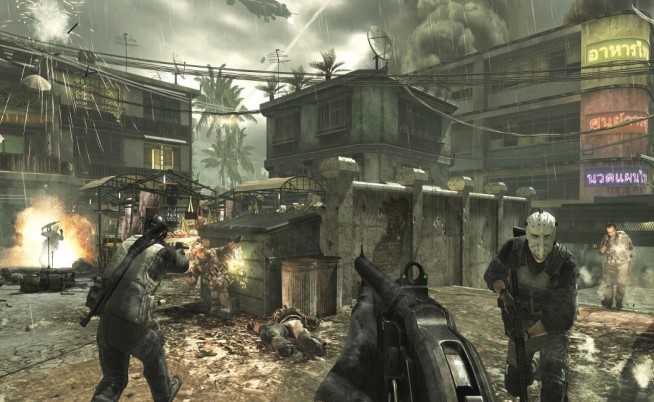 Although Modern Warfare 3 is a direct sequel to Modern Warfare 2, comparisons with the previous Call of Duty title, Black Ops, are bound to happen. Robert Bowling shed some light on some of the similarities and differences between the two games in question.

Did you like the feature in Black Ops? Please let us know in the comments’ section below.

Theater Mode was introduced by Treyarch to the Call of Duty series in Black Ops. It is coming back in MW3 with even more “enhancements.” Robert explained “no dolphin diving, but there is theater mode in MW3 with enhancements (mostly how it runs so that it doesn’t impact framerate)”. It’s worth nothing that Elite paid members will get more data space for their recordings. Some of the problems of theater mode in Blck Ops, besides the framerate issue, are the video quality and reliability. I mention reliability because last month David Vonderhaar clarified “the theater won’t record entire games if we think the network is burdened to the point it will impact the game.” David went on to explain “game performance [more important that] theater recording data. The value of being able to see anyone in the game from the 1st person was a big deal to us.”

What kind of improvements would you like to see? Personally, I want better video quality; 480p doesn’t cut it nowadays.