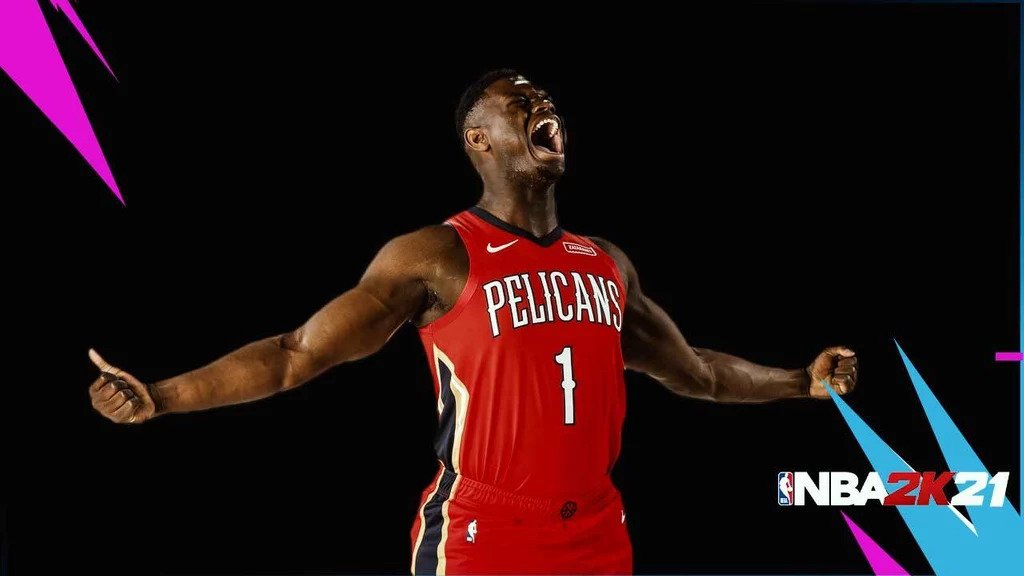 As promised by Visual Concepts, the studio has started talking about the NBA 2K21 next-gen improvements after yesterday’s gameplay reveal. There are shooting changes, dribbling, and more. It’s not just a graphical upgrade, as it seems the added horsepower from next-gen consoles are being put to good use.

The Pro Stick is probably the most obvious gameplay difference if you’re familiar with 2K basketball, and it’s been great seeing it being adopted by both pro and casual gamers alike on current-gen. With the next-gen consoles, we were able to take shooting and dribbling with the Pro Stick to even greater heights and give you more tools to score the basketball. Here’s a look at some of the new innovations you can look forward to:

Shot Arc control: Shot Aiming is one of the big changes we’ve introduced this year. Being able to both time and aim your shots is a fresh new skill to master and it’s helped us widen the skill gap with shooting. Aiming works by pulling the Pro Stick down to start a jump shot. The speed of your Pro Stick movement dictates whether the ideal aim point skews to the left or right on the shot meter and then you adjust the aiming marker to the center of the release window. For next-gen, the stick speed also now controls the arc of your jump shot. Slow flicks will give you extra high arcs, while fast flicks will make your shot flat. It feels really good to be able to have that extra bit of control over how you shoot, and also a lot of fun sitting in the practice gym chucking up rainbow 3’s. You also get a small bonus for shooting with an ideal shot arc, so it’s important to be mindful of the tempo of your initial stick throw to make sure you give yourself the best chance at making the shot.

Bank Shot control: Fast flicks (or slightly aiming in the direction of the backboard) will also allow you to control bank shots. So if you want to emulate Dwyane Wade or Tim Duncan, it’s now much easier for you to do that. This works for layups too. It may seem like a tiny detail but I love being able to control whether I drop a layup directly into the hoop vs. put it off the window. It’s a cool control that’s never been in a basketball game before!

Shot Meter: The shot meter is such an important tool for shooting and, for next-gen, gets a new look and plays a bigger role in your makes and misses. The new presentation is much more “readable,” really pops against various court floors, and no longer scales in world space (meaning it won’t be really small if you’re in a far away camera view.) We’ve added an arrowhead to the aiming and timing marker that makes it much easier to see the sweet spot as well. The shot meter’s make window is now blue and will grow and shrink dynamically based on how good the shooter is, the degree of difficulty of the shot, and how well it’s defended.

Touch Around the Rim: Layup timing is something that many players have struggled to master. Every layup has a different release point and you must have really good reaction time to nail down the meter. As a result, layup timing was reduced to have a very nominal effect in current-gen to prevent people from getting frustrated. For next-gen, we’ve decided to disable layup timing on the shot button by default so most players can just focus on taking it to the rim with the right players at the right time. But for elite guards who strive to finish at the rim like Steph or Kyrie, or bigs who want to show off their Jokic-like touch on the low block… we’ve redesigned the layup timing and aiming meters to be completely under the control of the player.

Shot Creators: We’ve completely revamped all of the off-dribble jumpers and added new signature packages for key players like LeBron James and Luka Doncic. These new jump shot packages are as beautiful as they are effective and are great weapons for shot creators. Pull-ups have been separated into two categories: controlled and high momentum. Controlled pull-ups set your feet better and are more balanced while high momentum pull-ups (triggered by holding Sprint) create more separation from the defense but are tougher to knock down. So just like real life, it’s important to shoot under control and get your feet underneath you, but skilled players can also pull off tough fading shots over the defense like MJ or Kobe.

3PT Line Recognition: There are some great nuances that we were able to capture thanks to the next- gen hardware. The added computational power allowed our engineers to upgrade our inverse kinematics (IK) and foot planting technology (more on that later) to both make our jump shot gathers feel more grounded and also improve 3PT line recognition. In the past, you’d either slide back for the 3PT shot which looked pretty bad, or step on the line for a long two. But now we adjust your feet placement in real time when you’re near the line to ensure that no longer happens. It looks very natural and a relief for shooters to know that they’ll get credit for the three when taking those deep clutch jumpers.

Size-Up Speed Control: Next-gen has given us the opportunity to add an interesting feature to ball handling that we never had before: the ability to control the speed of your size-up moves based on how slowly or quickly you flick the Pro Stick. Great ball handlers don’t just have one gear. They have the ability to change speeds and give defenders so many different looks that it makes it difficult to stay in front of them. Now you have that ability too. It’s so cool to be able to slowly rock the stick back and forth for a slow rhythm size-up and then quickly change pace with some rapid crossover chains. Mixing these together with the signature size-ups (hold RS up) and new signature escape moves gives dribblers an insane number of combos to pull off in NBA 2K21 next gen. And wait till you see some of the new anklebreaker animations we’ve added this year. They’re going to make for some very entertaining videos that I’m sure will make the Top Plays on 2KTV!

Sauce [Signature Moves]: There’s a whole lot of new signature dribble move content for next-gen. LeBron gets the suspended dribble that works oddly well in real life and James Harden gets a quicker between-legs sequence, among others. And if you check out the Stepback signature moves, you can now equip signature quick stops (performed by tapping L2/LT) as well as several new lateral stepbacks. These are probably my favorite moves to use this year as you see them all the time in the NBA.

Park Handles: Park dribble moves, now pulled off by clicking L3, are now tied to the Hall of Fame Tight Handles badge. So if you find yourself accidentally rolling on the floor while breaking down the defense in the park, try dropping Tight Handles down a tier.

Triple Threat: One of the first things you’re coached on when learning how to play basketball is the use of the triple threat. It’s a fundamental skill that all players need to have but for players like Carmelo Anthony, it’s also their bread-and-butter for scoring in 1-on-1 situations. NBA 2K21’s triple threat game got some serious upgrades for next-gen. There’s a host of new moves and first step launches at your disposal. Hesitations, escapes, stepbacks, hard go’s and crosses… if you’ve seen it pulled off in the NBA, chances are you can pull it off in the game. And just like the size-ups, Pro Stick speed control works in the triple threat too. So you have full control of both the direction and speed of your rocker steps and jab fakes by how slowly or quickly you flick the stick.

Lastly, passing has also been tweaked, as bounce passes and Lead Pass are now much better, and this also applies to catches and transition into passes.

For a more detailed look into the NBA 2K21 next-gen improvements, head on over here.

Here’s a video of all the next-gen gameplay clips shown today in one video:

Here’s today’s NBA 2K21 next-gen gameplay clips in one video. Shows off Shot Arc control and the new Shot Meter. Plus, first looks at LeBron, Harden, and Booker. from NBA2k

For those playing the current-gen version of NBA 2K21, a new patch was rolled out earlier today and here’s what got changed.