Set for release this January 28, the Need for Speed Heat January update will also add quality of life improvements, a chat wheel, and the “Keys to the Map.” First off, check out the confirmed list of gaming wheels Need for Speed Heat will support once the patch drops.

At the end of the month, you’ll be able to plug in your own steering wheel to play Need for Speed Heat. We have tested the following models, but a few others might work as well:

Make sure to connect your equipment before launching the game, and that your steering wheel is assigned to your user profile.

Also coming back is the chat wheel from Need for Speed Payback. Here’s how it will look in Heat: 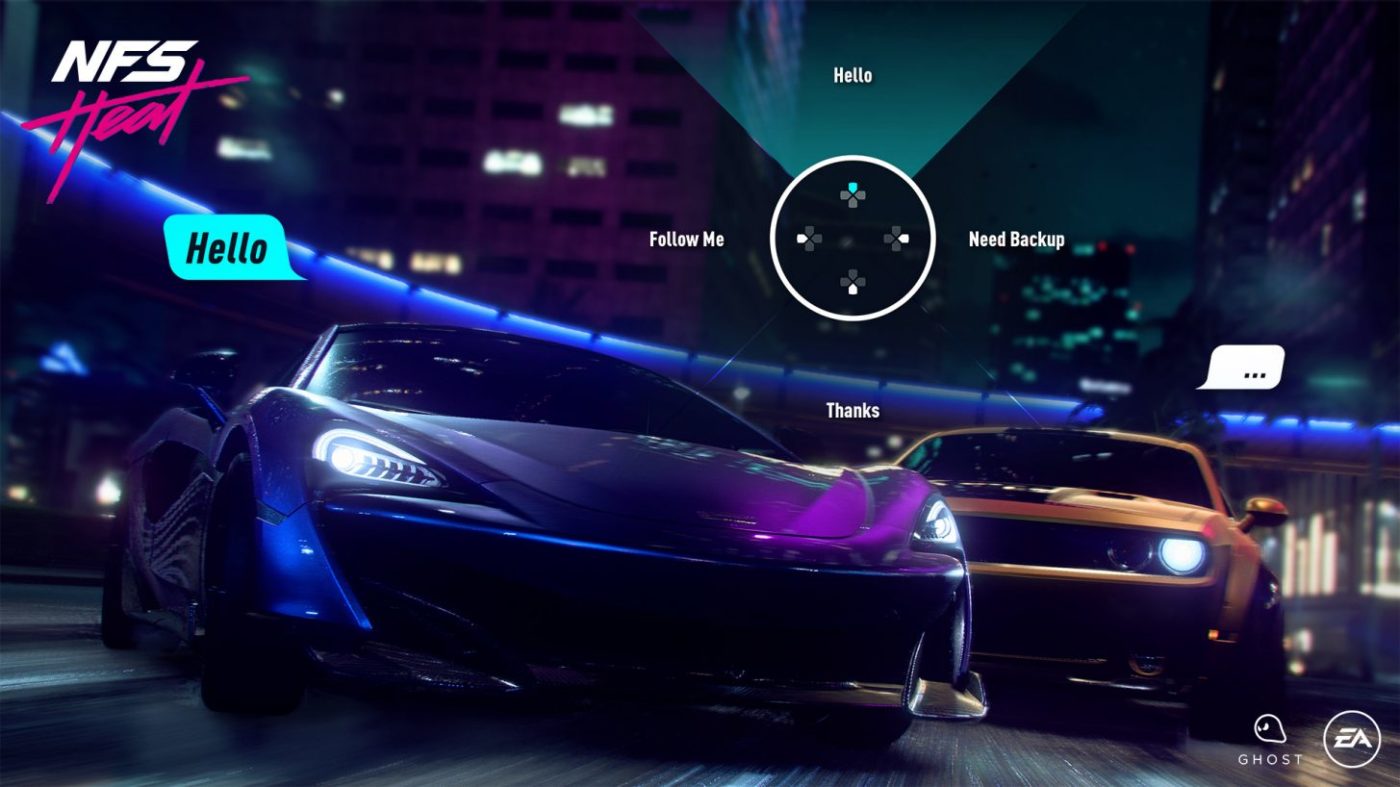 Additionally, “Keys to the Map” will be added too, which will “uncover Palm City’s secrets.” Having said that, it will require real-money to buy, and will instantly reveal locations on the in-game map which includes activities, collectibles and more.

Aside from those, Ghost Games will include quality of life improvements as well.

Driving through a gas station will now clean paint damage and remove scratches. Also, some players using manual shifting have mentioned that it’s too easy to accidentally enter the garage after exiting it or start an event. Now, we’re changing the input settings, so that you’ll have to hold down a button instead of just pressing it in order to perform an action.

Of course, that’s not the entire list of patch notes, but once we get them, we’ll let our readers know. If you haven’t checked the game out, make sure to read our review to see how it fares.