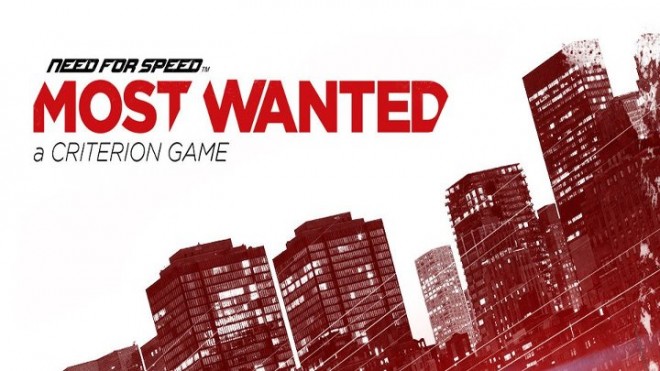 A full blow-out of Most Wanted multiplayer details has been released during EA’s conference at Gamescom. Criterion Games, the developers behind Hot Pursuit and the Burnout games, have detailed some exciting additions and changes for their action-packed rendition of the original Most Wanted title. Check out the latest trailer below showing off exotic cars, a beautiful city, intense action and the true experience: playing and having a laugh with friends online.

All seems very familiar to those who played Burnout Paradise. From jump challenges and drifting around parking lots, to meeting up with the multiplayer lobby to race from A to B; you can tear up the city – which is called Fairhaven – by chasing each other down, trying to takedown your friends (or enemies). The emphasis on playing for fun and having a laugh is very high – and for those who did play and enjoy Burnout Paradise online multiplayer will, again, appreciate the community-driven direction and online style Criterion Games is offering in their new NFS game.

From a Lamborghini Countach to a Pagani Zonda, this Need For Speed game is offering the most exotic variety of sleek and smooth-looking vehicles. Be sure to check out my previous article on other featured cars and initial details of Most Wanted.

Takedowns are present. Cops are on the watch. Thrilling online multiplayer expanded. Sweet looking cars with their engines running. It’s a mash of Burnout meets Need For Speed – perhaps the spiritual successor to Burnout Paradise? Online multiplayer will have an extensive amount of challenges and ways to compete with your friends and foes. Speed Points are the in-game currency and experience level; the more Speed Points you have, the more kitted out vehicle you will have.

But that’s not all. You don’t have to race all the time – the city is open world, so how about a little Sunday drive across Fairhaven crashing through collectible gates and billboards, which if you went through the furthest you’re face will appear on these billboards for friends to see and inevitably plough through it, and meeting up with friends to generally just have fun after a hard day of raging on Call of Duty or Battlefield.

The Police are about though! Your fast and sleek cars will probably not go unnoticed. The mechanics of police ‘gameplay’ are still present (it is a Need For Speed game after all) – even after finishing a race, and if you were being chased during that race or they are waiting at the checkered flag, the cops will chase you down relentlessly in the open world. Hitch up with some friends and go toe-to-toe with the fuzz, or flee across the county to escape the heat.

Matt Webster, the Executive Producer for Most Wanted, represented the Criterion Games staff at EA’s conference. He announced from the start that the era (or “20 years of convention”) of grinding for your next unlocked car – having to do so many challenges to get your dream vehicle – is now a previous and outdated system that they are proud to replace. He mentioned that if you want a particular car you no longer have to spend countless hours trying to unlock it and merely just have to find the vehicle parked in a specific area.

We believe an open-world game deserves an open game structure. Right from the very start, players will have the freedom to drive pretty much any car that they want. If you can find it, you can drive it. No more grinding through hours of play to get to your favourite [car]. We’re creating a new way of playing driving games, for a new generation of players. Drive through Fairhaven, find new cars then race, chase and explore to upgrade them.

Having released Autolog in 2010 – the community hub for sharing photos and keeping connected with friends – in Need For Speed: Hot Pursuit, Criterion relished the connectivity of the system. They wanted to “push the boundaries” of extending and expanding Autolog for it to be fully integrated. Criterion employees have compared Autolog to be a similar system to Facebook and Twitter – because it keeps people connected and easily accessible for people to meet-up with friends.

Autolog 2.0, as Matt Webster confirms, will feature heavily in Most Wanted. The system will be there to not only help you find and track your friends’ highscores and arrange multiplayer lobbies, but to guide you into a world of interconnectivity; if you post a fast lap on a street or a speed camera snatches you going at a high speed (which is good), your friends will able to see specific information by pulling up next to the road or camera and Autolog 2.0 will provide informative details on your HUD.

Autolog continually tracks your performances, instantly comparing them to your friends and then injecting the results directly into the heart of the game. Every aspect of this game puts social competition at your fingertips.

As a feature to Autolog 2.0, CloudCompete is a brand new way to play and level up across multiple platforms (including iOS/mobile devices, PS Vita, both PS3 and Xbox 360, and PC). With CloudCompete, you can play on your home platforms and then continue experiencing thrilling gameplay and adding more Speed Points on your mobile devices on the move. What, exactly, are the specifications of CloudCompete – such as how much you can do on the move and how exactly this technology will work – is still ambiguous, but the implementation of CloudCompete and Autolog 2.0 will make Most Wanted the “most socially connected game of this generation.”

Compete against your friends and rack up Speed Points on the console, and then add to those Speed Points when you play on iOS, Android or PSVita. For the first time, I can level up in multiplayer when away from the sofa, then most up the Most Wanted List when travelling.

Need For Speed: Most Wanted releases this year October 30 for US and November 1 for EU territories. Will you get into the hot seat and drive your brains out, and what cars are you looking forward to drive? Did you love Burnout Paradise and you look forward to the spiritual successor? Tell us your thoughts and opinions in the comments section!