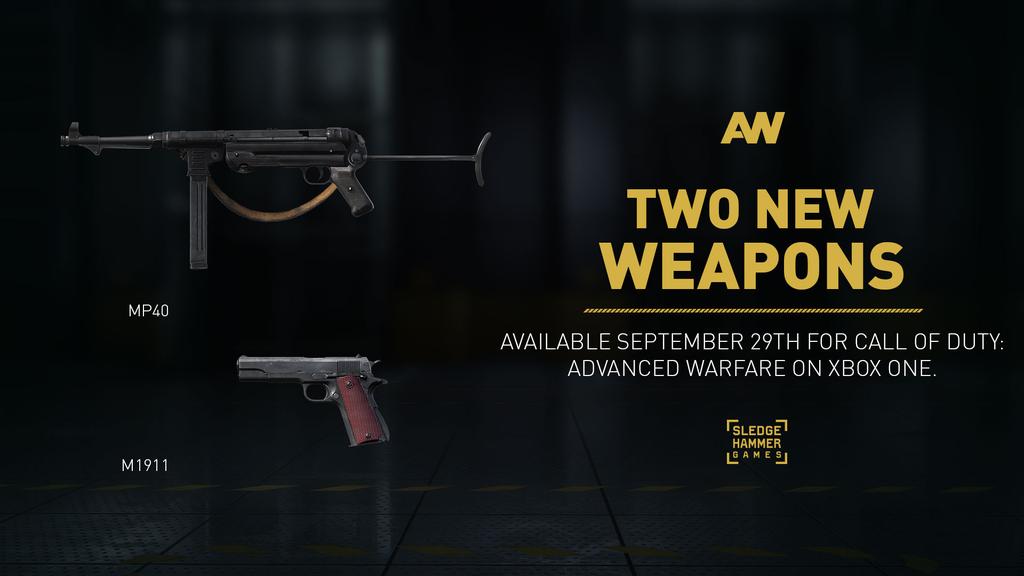 Next week, Sledgehammer Games is bringing back two of Call of Duty‘s most iconic weapons to Advanced Warfare.

Next Week, on September 29, Xbox One players will get yet another free update that adds the classic 1911 handgun and MP40 sub-machine gun to the game’s arsenal of Supply Drops and Advanced Supply Drops. Both weapons have been featured prominently in previous Call of Duty titles, the 1911 being a personal favorite of Captain John Price from the Modern Warfare series and the MP40 being featured heavily in the WWII games.

Both guns will launch with four variants, says Sledgehammer. As with previous weapon packs, finding a variant will also unlock the base weapon.

Look for them next week on Xbox One and later on PlayStation 4 and PC.