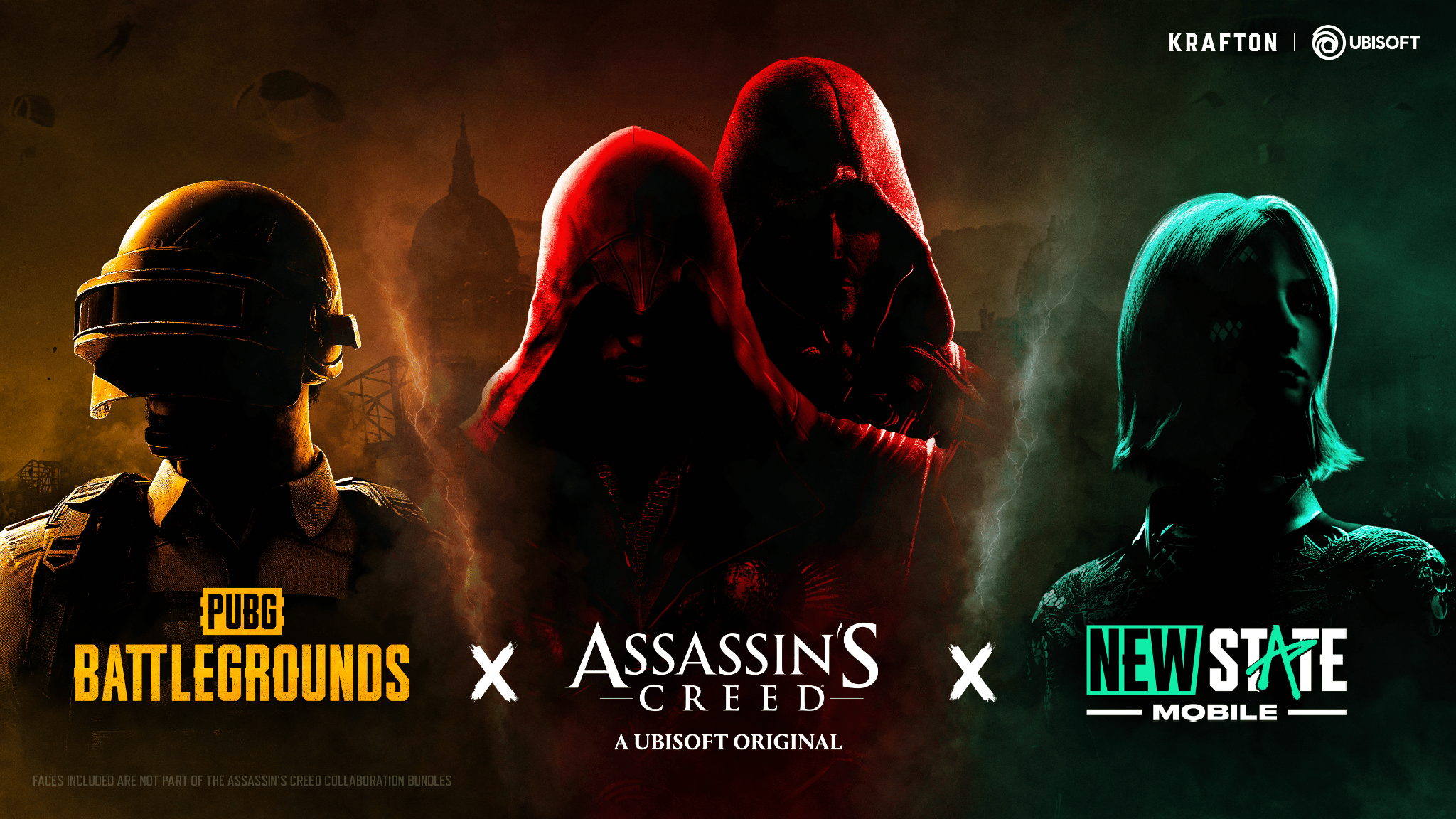 The event will first kick off on PUBG: Battlegrounds on August 17, and it will stick around until September 22. The game will add 2 new AC costumer, 2 bag skins, a parachute skin, an emote, a gun charm, and two spray items.

Abstergo Industries has also taken over the map’s main building and will include the Animus Machine as well as several Leap of Fatih spots. Players will also be able to discover new AC-themed resources and props on the Haven map.

New State Mobile, on the other hand, will kick off its AC event on August 18 and will last until September 21. The event will include over 30 AC-themed costumes, weapon skins, and items through various timed events and collaboration crates.

Players who log into the game during the event will also receive daily log-in rewards and will unlock even more rewards by completing story missions and uncovering the rumored presence of Templars and Assassins in Erangel and Troi.

KRAFTON and Ubisoft will reveal more information regarding this Assassin’s Creed and PUBG event soon. PUBG: Battlegrounds is now available for download on the game’s official website.