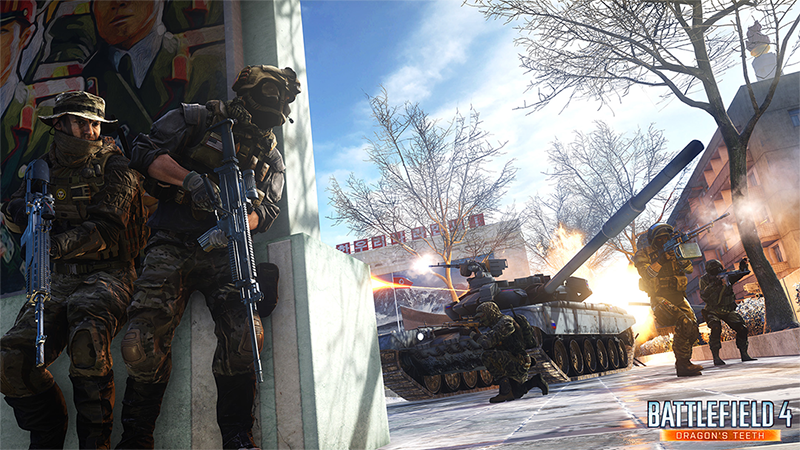 All out urban combat is coming to Battlefield 4 in the game’s upcoming Dragon’s Teeth multiplayer expansion.

Other than the first glimpse of the DLC we caught in Battlefield 4’s latest Premium trailer, we’re still waiting on more details, including the expansion’s official launch date, and more gameplay footage, which we anticipate soon, hopefully.

Giving us a small tease of Propaganda, a map themed around Juche tower in Pyongyang, North Korea, developer DICE has outed a new screen that you can catch below (click to enlarge): 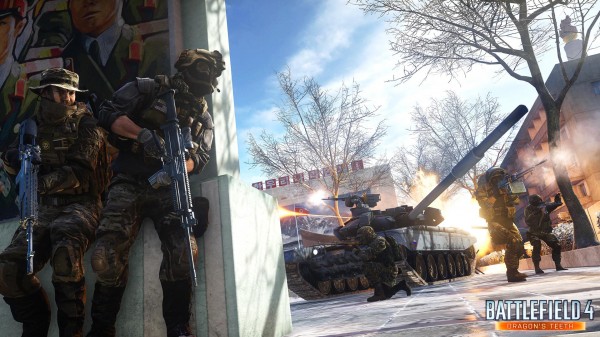 It looks like a small fire team of American soldiers are hoping to get the drop on a more sizeable Russian tanks squad. The new image is a follow up to last week’s unveiling of Sunken Dragon, which you can check out here if you missed it.

Stay tuned to MP1st as we learn more about Battlefield 4 Dragon’s Teeth.