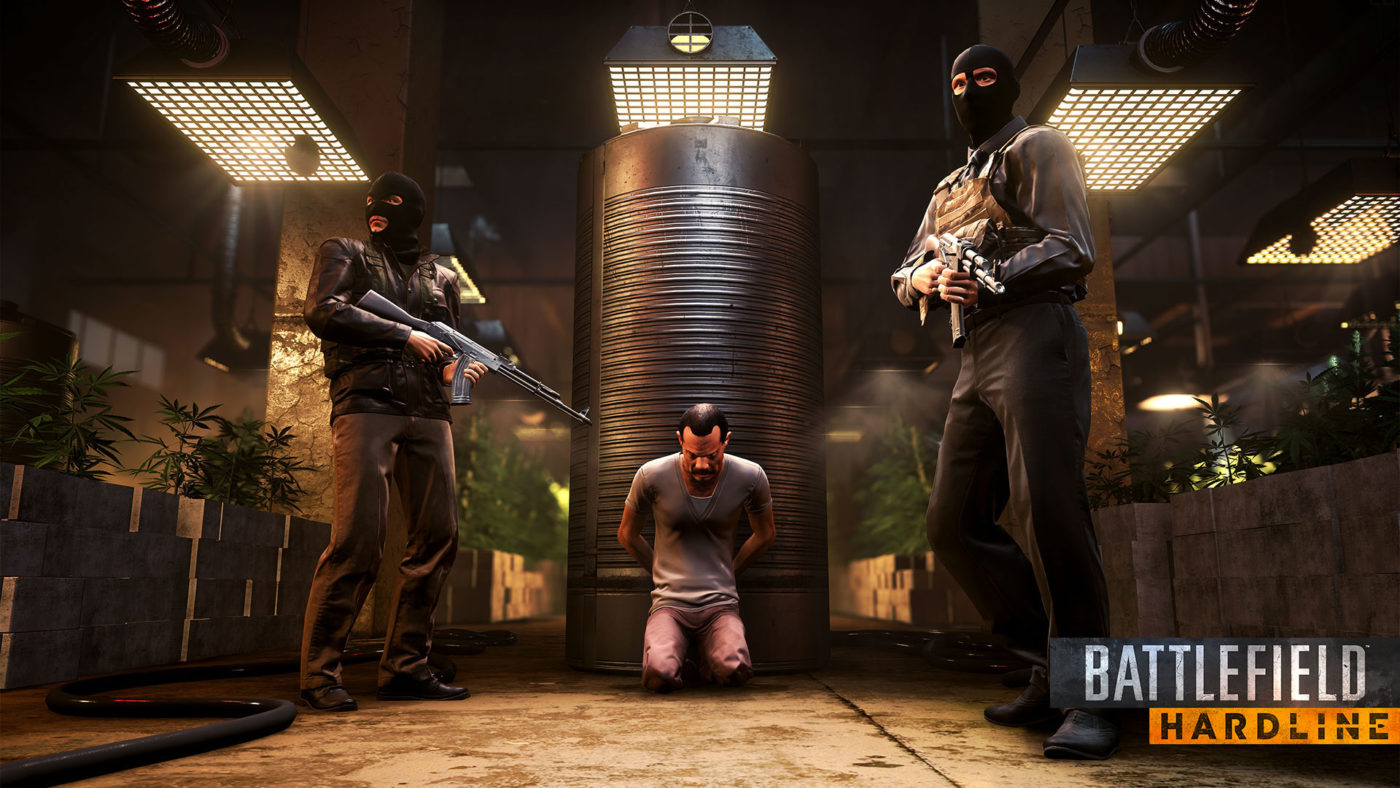 Previous reports from an interview with Visceral Games General Manager Steve Papoutsis suggested that Battlefield Hardline‘s second beta, coming in January, may only be open to users on next-gen consoles and PC.

But Xbox 360 and PlayStation 3 users need not waste away in heartache. More recently, Papoutsis clarified that a Battlefield Hardline “Beta [is] coming to all platforms before launch,” while answering questions on Twitter, where a few more Hardline details emerged.

According to Papoutsis, Hardline will offer 150 ranks in total. “We’ve been playing with the exact number, but it’s looking to be 150 at launch,” he wrote. He also answered “yes” to benefits for pre-existing Battlefield Premium members and Veteran Rewards.

Competitive players can look forward to an addition eSports mode announcement. “We plan to have 2 eSports modes,” Papoutsis explained. “We haven’t announced the 2nd yet. Stay tuned.” He added that the studio also does “plan to have Spectator Mode as well…” Five new modes in total are in the works, though no co-op mode is planned. Mid-September is likely when we’ll get a better look at Hardline’s vehicle-focused mode, Hotwire.

As for more specific details, Papoutsis answered yes to an M1911 hand gun, M416 assault rifle, ballistic shield, and a Team Deathmatch game mode being in Hardline, in addition to new vehicles and weapons. He also confirmed that weapons in Hardline will not be affected by visual recoil.

Lastly, it sounds like the first details on Hardline’s expansion packs are expected to drop some time in January, which, according to earlier reports, is one month before the game launches on all platforms.

Destiny Cometh – Be Prepared With These 8 Steps