To add to the already large pile up of Call of Duty: Black Ops 2 hints and leaks, new promotional cover art has hit the web revealing what looks to be the official Black Ops 2 logo as well as a clearer image of the mysterious soldier featured in recent teaser art.

This image below, provided by MW3Updates, shows what seems to be a promotional cover for Call of Duty: Black Ops 2. While the Xbox 360 art is of the old style, the image of the soldier is much clearer compared to that of what we’ve seen up to this point and has also not been seen anywhere else on the web as of yet. You can compare this image with the orignal, blurry poster in this article. Obviously, the “Black Ops II” logo is something we have not yet seen either. Once again, the date reads 13.11.12, stating that the game will release on November 13th, 2012 as predicted earlier. 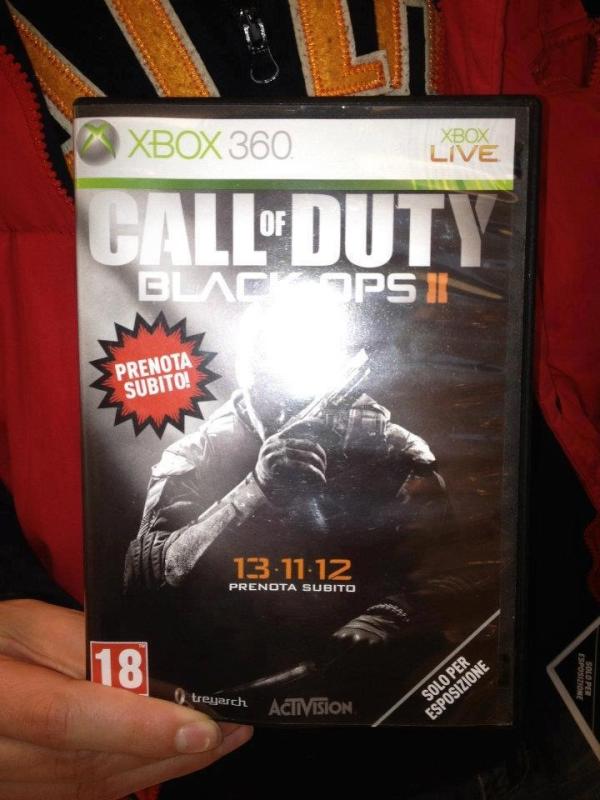 Additional clues to a potential gameplay feature discussed in our latest Black Ops II article have been discovered thanks to MP1st reader feraltomahawk. You may remember the recent FPSRussia video showing off the Prototype Quadrotor, also a potential killstreak hinted at in Black Ops 2, in which he wears a t-shirt labeled “Tacitus.” As feraltomahawk pointed out, Tacitus was a famous Roman Historian who wrote much of his work on aspects of war and the rule of the Roman Empire. The craziest part of this clue, however, lies in his connection to the word “eclipse,” which has been hinted numerous times already. Check out this excerpt from a book about his writings:

You can clearly see the word “eclipse” mentioned numerous times, referring to something about a soldier’s neglect. These clues could lead us to hints towards Black Ops 2’s story.

Make sure to stay tuned to MP1st on Twitter and Facebook as we gather more clues from Treyarch’s next Call of Duty title.