Another day, another intel drop for Black Ops 2. Activision and Treyarch have updated the Call of Duty website with a new gif, which reads “the enemy could be anywhere and it could be anyone.”

You can see the static image below, and click on it to see the gif. 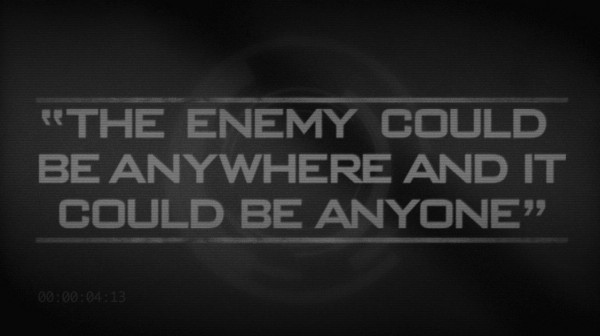 Two notable clues from the image/gif:

Update #1: Yesterday’s code, which can find here, has been changed to the following (click on it to see all the coordinates).

Update #2: According to the CoDZombies forums, via NGT, the new coordinates point to the LA Convention Center, where E3 is held. It’s also worth noting that E3, June 5-7, will take place a day after a partial lunar eclipse on June 4th. Interestingly, the LA Convention Center happens to be right next to the Staples Center, which hosts the NBA playoff match on May 1st, the world reveal night of Black Ops 2.

You can find the latest Black Ops 2 news and rumors here.