The latest piece of intel on the official Call of Duty website has been unlocked. It’s another GIF that reads, “The future is not as far off as most people think – We’re not ready for it.”

This is the second hint that Black Ops 2 will be set in the near future. As we previously noted from the viral video, Black Ops 2 might be set 10-15 years into the future.

Click on the image below to see the GIF, which shows the following hidden letters B,O,I,Z,Y as MP1st reader Feraltomahawk noticed.

Thanks to Kyle W. and MrRoflWaffles for sending this in.

Yesterday’s image of the General Atomics Avenger has been updated with a clearer version, which you can see below: 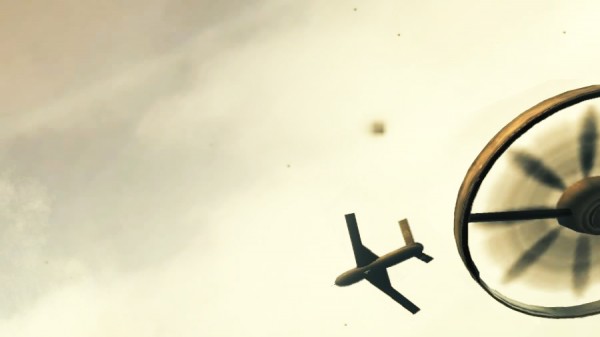 On a side note, before the original Black Ops was released, Activision registered several domain names in May 2010 revolving the phrases, future warfare,  advanced warfare, secret warfare, and space warfare, dug up by Superannuation and reported by VG247 in 2010.

Of course, the next Call of Duty, which will be revealed on May1st, is all but confirmed to be subtitled “Black Ops 2.” We don’t think that two year old registration spree has to do with any of the aforementioned hints. It’s just an interesting piece of news from 2010 that shows Activision has been pondering with the idea of future warfare for a long time.

Is This The Official Black Ops 2 Logo?