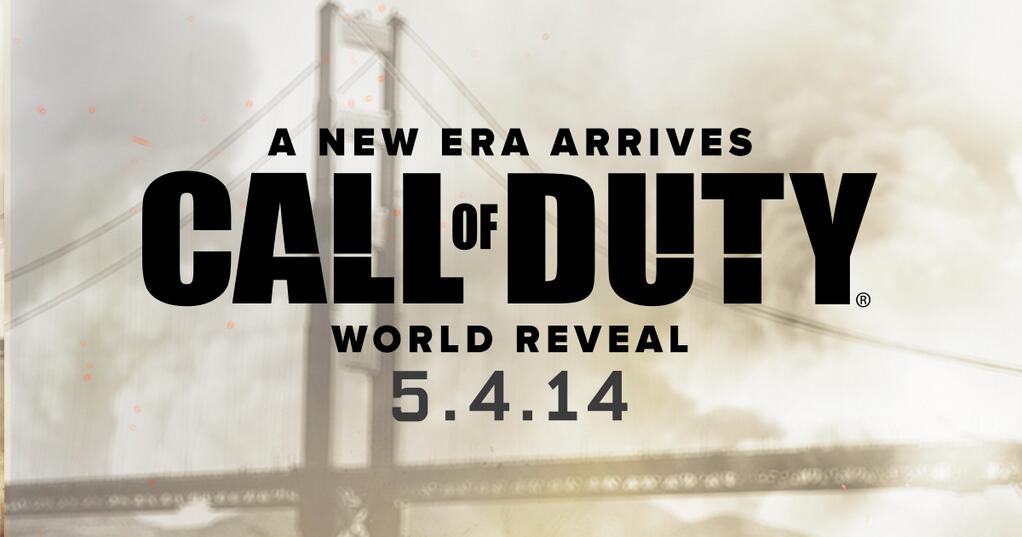 A new Call of Duty era begins on May 4, according to developer of 2014’s Call of Duty title, Sledgehammer games.

The Tweet came out earlier this morning in conjunction with the launch of a brand new teaser site, callofduty.com/new-era.

The website shows nothing more than a count-down timer and a static image likely to be unveiled in three days. 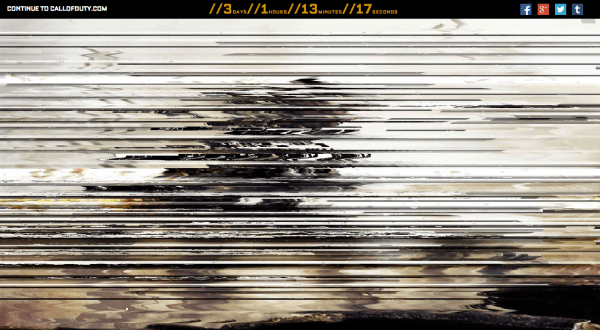 While it’s hard to make out exactly what’s going on, we do see the Golden Gate bridge in the background of the new Call of Duty logo (featured above), perhaps signifying a San Francisco, Califorina, or West Coast setting.

Also, hidden links within the new teaser site lead to articles mentioning “Private Military Contractors”. There’s one on NYTimes, BusinessInsider, and Wikipedia. Clearly, Sledgehammer is teasing something to do with the private military industry.

Lastly, a new image from GameInformer confirms a futuristic setting for Call of Duty 2014. The soldier, who bears resemblance to the one featured in the very first teased image, is clearly wearing armor – in this case, an exo-suit – and other tech way ahead of our time. The image also portrays noticeably improved visuals. 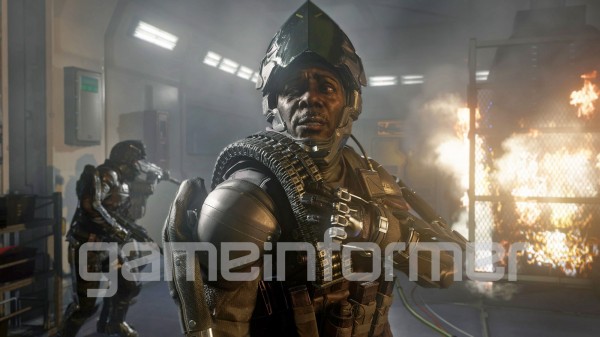 Check back here May 4 for more on Sledgehammer Game’s next Call of Duty title.