A 2.1 GB game update is now available for the Xbox One version of Call of Duty: Ghosts.

Patch notes are not yet available [EDIT: see update at bottom of post], but we do know that it introduces new personalization packs to the in-game marketplace, including skins for Makarov, Rorke, Zakhaev, and the Hazmat man. The same applies to the Xbox 360 version of the game as well. You can catch the details on these items right here. 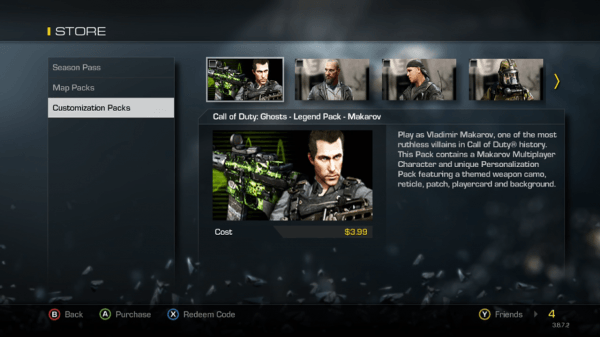 In addition, the update introduces the Free Fall dynamic bonus map to all playlists, now free to download for all Xbox Live members.

From what we can see, it has also entirely revamped Call of Duty: Ghosts’ Operations, making each Operation accessible at any time. You can, however, still highlight the Operations you want to keep track of more easily. 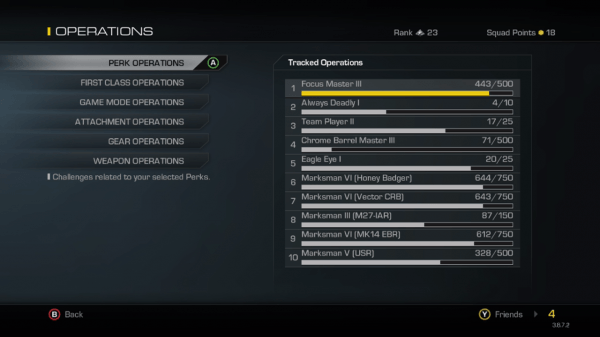 As an unfortunate side effect, however, reports are coming in that the Maniac Juggernaut Killstreak in the Assault Package has been severely bugged. It now carries an SC-2010 assault rifle, instead of wielding its default Combat Knife. It’s more than likely that Infinity Ward is currently looking into a fix for the bug.

UPDATE: According to Infinity Ward on Twitter, the Xbox One version of Call of Duty: Ghosts now supports LAN play.

As a couple of side notes, four new personalization packs are also available on the Call of Duty: Black Ops 2 marketplace: 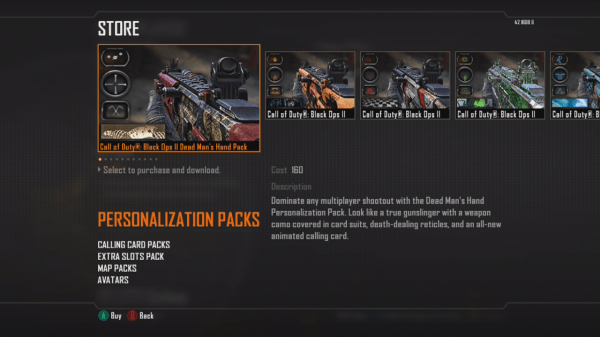 Meanwhile, the Xbox One and Xbox 360 versions of Call of Duty: Ghosts are now 33% off in Xbox Live’s weekly deals. Catch the details here.

Stay tuned for the full notes on Call of Duty: Ghosts Xbox One and Xbox 360 patches.