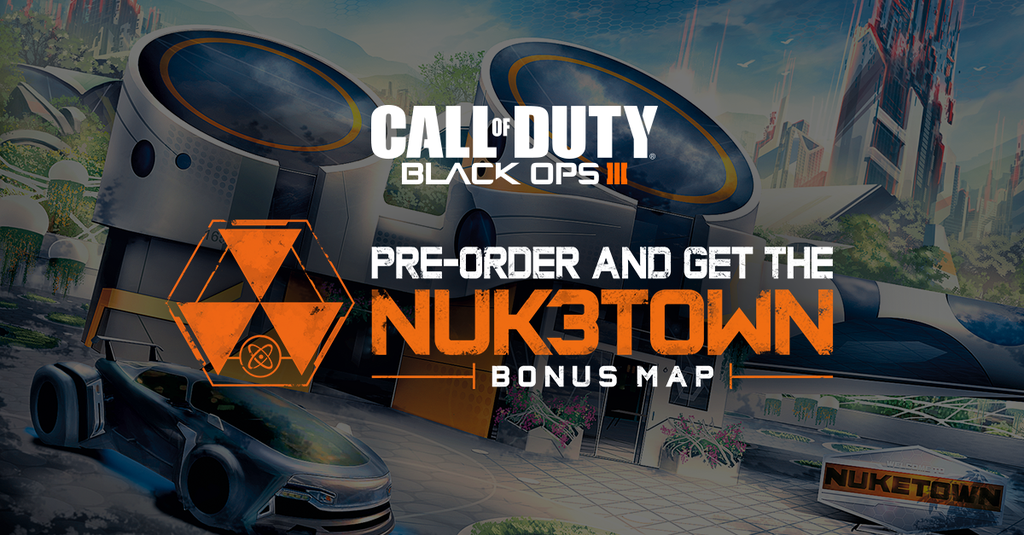 A new Call of Duty: Black Ops 3 teaser from GameStop reveals a first look at the game’s celebrity map, NUK3TOWN.

The trailer, above, teases only about four seconds worth of gameplay, but it’s enough to get a rough idea of the popular map’s new look for Treyarch’s upcoming Call of Duty title.

The studio revealed last August that the map, which appeared in both Black Ops and Black Ops 2, would make a return once more as a pre-order bonus on PlayStation 4, Xbox One, and PC. According to the announcement, Black Ops 3 version “has been re-designed from the ground up to highlight Treyarch’s new momentum-based, chained-movement system…” giving player a “fresh take on this classic run-and-gun, close-quarters multiplayer map.”

You’ll be able to take it for a spin yourself on November 6.