New details on Call of Duty: Advanced Warfare‘s first map pack due out this January have emerged with the appearance of a new promotional poster that popped up earlier today.

According to the poster, seen below, Advanced Warfare’s Havoc map pack will launch on Xbox Live first this January 27.

As promised earlier, the biggest highlight of the downloadable content is the introduction of the new Exo Zombies mode, a four-player co-op survival mode similar to the one Treyarch made famous in their World at War and Black Ops games. This, we already knew, including the offering of a new DLC weapon, the AE4 Directed Energy Assault Rifle.

Today, the poster reveals the names of all four new competitive multiplayer maps as well — Sideshow, Core, Drift, and Urban. It’s tough to make out, but according to Sledgehammer Games studio head Michael Condrey, players should find something noteworthy in the background of the artwork for the map Drift.

Check out the full poster below and keep your sights on MP1st for more updates on Call of Duty: Advanced Warfare’s first map pack! 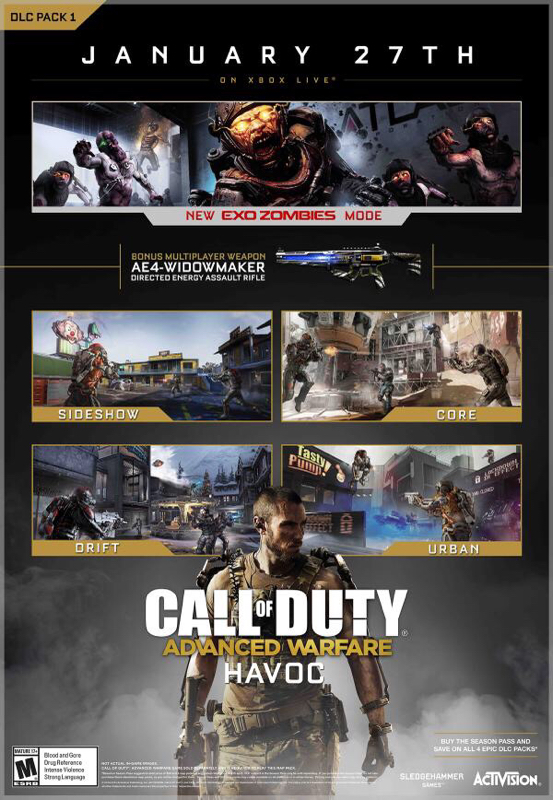