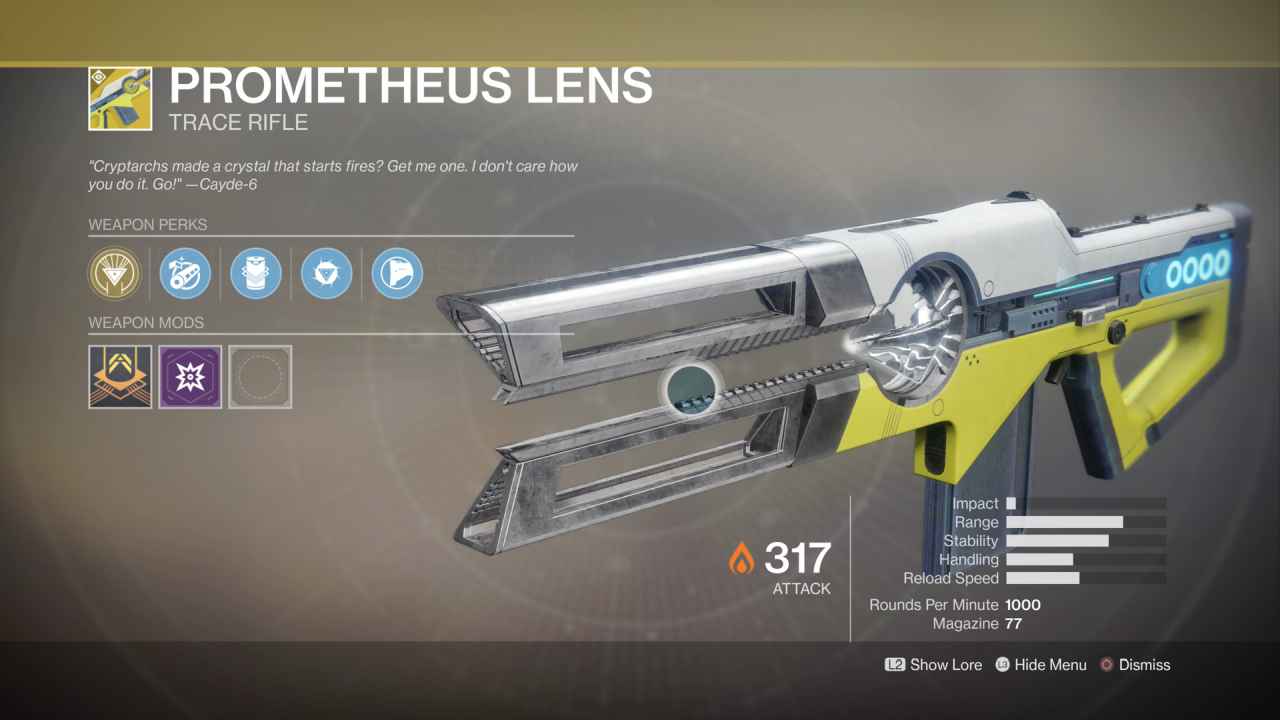 One of the new Destiny 2: Curse of Osiris exotics is way too overpowered. The Prometheus Lens trace rifle is a random exotic drop, which bestows lucky players with the power to absolutely melt the opposition in PvP.

Happily, Bungie has confirmed that they’re aware of the problem. Bungie community manager David “DeeJ” Dague stated that the weapon had shipped with a “bug,” and that Bungie will “address the issue and talk solutions” during Friday’s blog post.

Prometheus Lens shipped with a bug. We’ll address the issue and talk solutions in ‘This Week At Bungie’ on the blog.

Here’s hoping it gets fixed quickly, as it is super overpowered and will definitely be causing frustration for players in the Crucible.

Here are some clips that demonstrate just how OP the Prometheus Lens trace rifle is:

Have you been lucky enough to see this weapon drop? Or perhaps you’ve been on the receiving end of its power? Let us know.