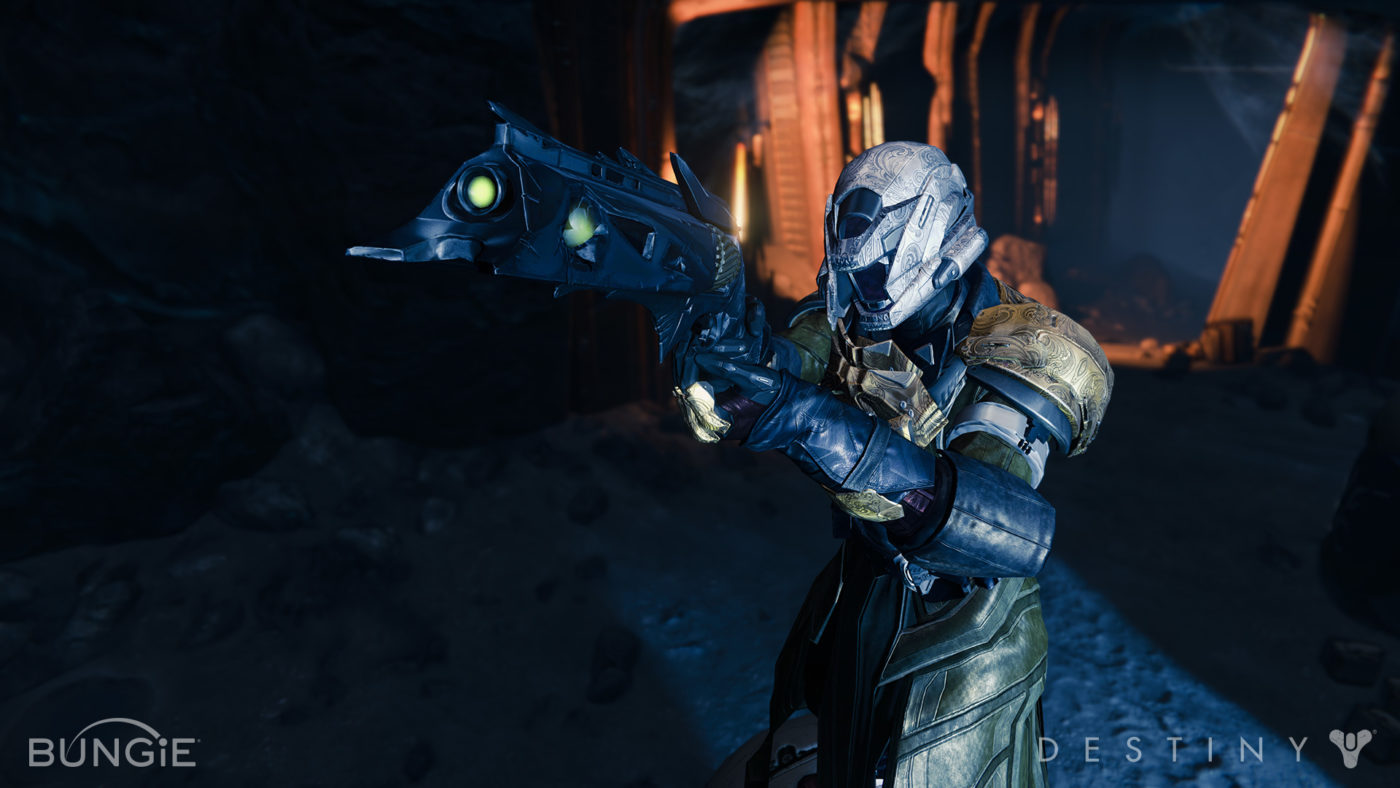 Searching for something new to satisfy the cravings of anxious Destiny fans, Bungie community manager David “DeeJ” Dague digs up a new image of a sinister looking Warlock wielding what the studio calls the “Thorn,” a powerful handgun of sorts.

There’s also more to learn from Bungie’s latest weekly update, so check out the new screen below and read on! 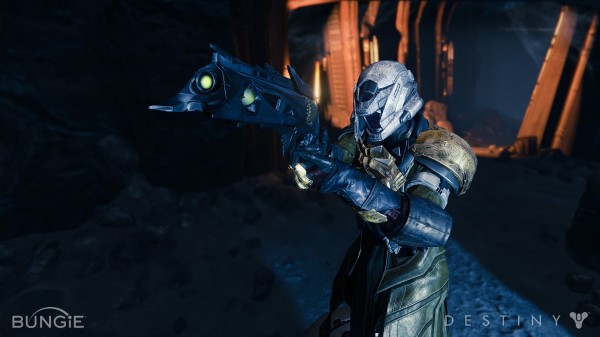 In this week’s update, Dague talks about Bungie’s upcoming trip to E3 2014, where the studio plans to show off Destiny’s competitive multiplayer and “much more.”

“The E3 conversation will illuminate much more than just competitive multiplayer (you’ll never get me to say ‘PVP’),” Dague wrote. “Our goal is to breed better understanding for the Destiny player experience. If we do our jobs right, that conversation will extend well beyond the day when the LA Convention Center kicks us out and sends us home.”

Dague also assured non-MMO players that Destiny won’t burden you with an overwhelming sense of scale, as most MMO RPGs tend to do.

“We’re not making an MMO, but we just might have something that will capture the imaginations of both of you,” he said. “We have no homework assignments for you. You’ll be just fine if you show up with a clean slate, a sense of adventure, and an itchy trigger finger. Come as you are, and prepare to fight for your life.”

Destiny arrives on Xbox One, PlayStation 4, Xbox 360, and PlayStation 3 September 9 with a Beta launching this July.

We recently learned that both PS4 and PS3 users will be able to pre-load digital pre-orders of Destiny onto their console ahead of the game’s release on September 4. Check out the details here.

Call of Duty: Ghosts Multiplayer is Free This Long Weekend on Xbox Live