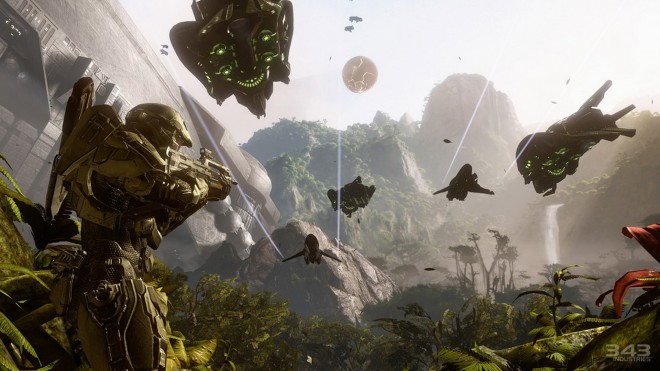 343 Industries gives Halo 4 fans an in-depth look into the new progression system of Halo 4’s multiplayer. We also get a look at some more editing options in the recently revealed Forge Mode, and take a look at yet another walkthrough of a new Halo 4 multiplayer map, Complex.

For those who like to know every nook and cranny of a competitive multiplayer map before your first real-life go, IGN has another map walkthrough, this time of Complex.

Now, onto some serious multiplayer details.

Here are a few of the basic points of the Halo 4 progression system.

The following in-depth look at the progressions system is as seen on The Halo Waypoint, written by 343 dev, “BS Angel.” 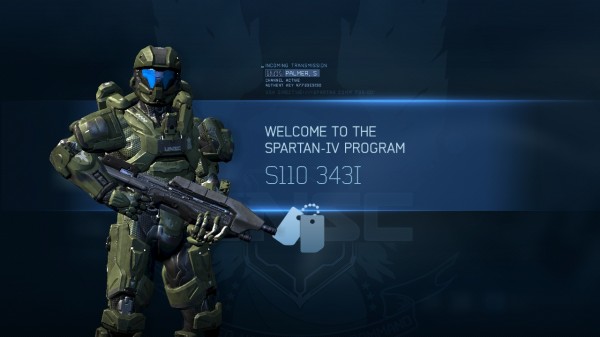 When you first enter Infinity Multiplayer, you automatically enlist into the SPARTAN-IV program and begin your Spartan career. This career spans all of your gameplay in War Games, Spartan Ops, Forge and Theater.

Stances are a new customization option that let you select a pose for your Spartan on your Player Card. This card is seen in every multiplayer lobby in the game and is how your Spartan is identified outside of gameplay.

You will have to rise up through the Spartan ranks to unlock more gear and make your way through the SPARTAN-IV program. 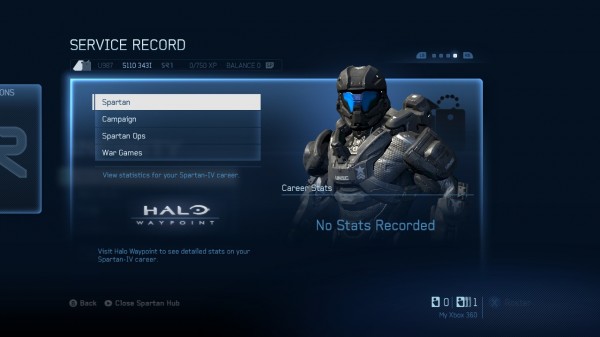 Spartans begin their career in the base SPARTAN-IV ranks. There are 50 ranks to work your way through, from SR-1 to SR-50, unlocking gameplay and visual customization items as you rank up.

To rank up, you need to earn XP. You earn XP by:

At each rank, you will earn one or more Spartan Points (SP). SP are used to purchase gameplay items for your personal loadouts. Once you purchase an item, it can be used in any of your loadouts.

The Spartan Point system is based around offering choice at each rank. The full suite of gameplay items is available for purchase by SR-26 but you won’t have enough SP to buy everything until SR-50. It’s up to you to decide the order in which you want to build up the arsenal for your Spartan-IV. 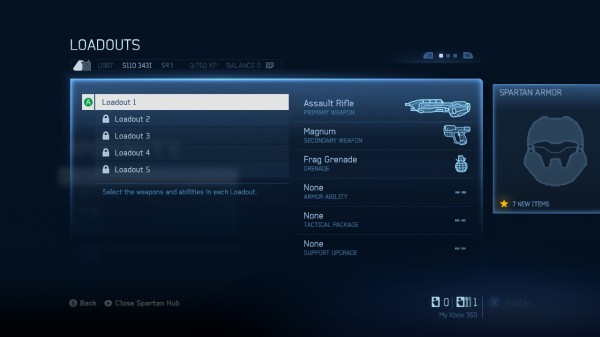 We have default loadouts in our War Games playlists to give you a preview of these items before you reach those ranks, and to offer an alternative to your own custom loadouts.

Over the course of the SPARTAN-IV ranks, you also unlock four extra loadouts (at SR-6, SR-14, SR-26 and SR-41) for a total of five loadouts. You can rename these loadouts, so pick names that match the role or gear for that particular loadout. 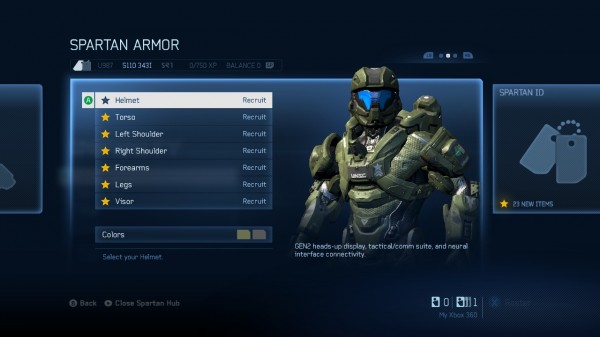 All Spartan-IVs start out with the same Recruit look. As you rank up, this is reflected in the look of your Spartan, which is visible to other players in gameplay and every Multiplayer lobby.

When you meet the prerequisite, you will gain access to the items automatically; you do not need to spend Spartan Points. 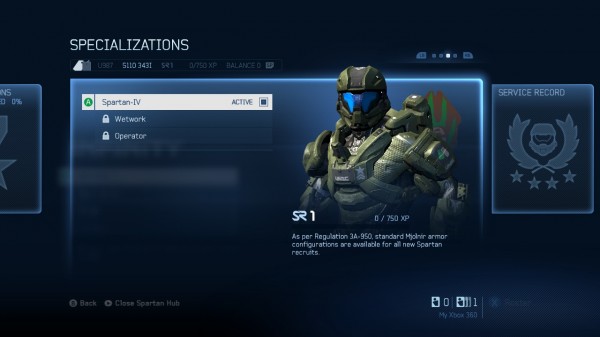 Specializations are composed of ten levels each. As you rank up in Specializations, you will unlock new armor sets, emblems, visor colors, armor and weapon skins and armor mods – which provide even more options to customize your Spartan-IV to fit your preferred role on the battlefield.

All players have access to two Specializations at launch:

The rest, which are listed below, will gradually be made available in the months following launch. We will be keeping a close watch on player participation post-launch and will roll out the additional six Specializations when the player base reaches certain milestones. Purchasers of the Limited Edition and pre-orders in certain territories have launch day access to the remaining six Specializations – although you still need to complete the initial 50 Ranks before you can enlist in one.

Other players will be able to see your overall progress through the Specializations by your SR rank. This keeps going up by one each time you earn a Specialization rank, all the way up to SR-130. There might be a reward or two waiting for those who hit SR-130! 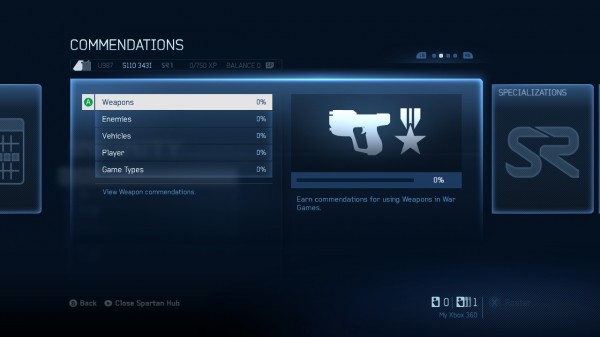 Halo 4 features over 120 commendations covering a wide variety of activities (per weapon, per enemy type and per game type, for example). There are commendations based around earning specific medals, and we also have aggregators that require you to master multiple commendations to complete them. Commendations also have a variable number of levels.

Certain Commendations can award visual customization items when you master them. To master a Commendation, you need to have earned its highest level.

We see the Commendation system as the long-term progression with the most exclusive items. Most players will still be mastering Commendations well after completing the Specializations. 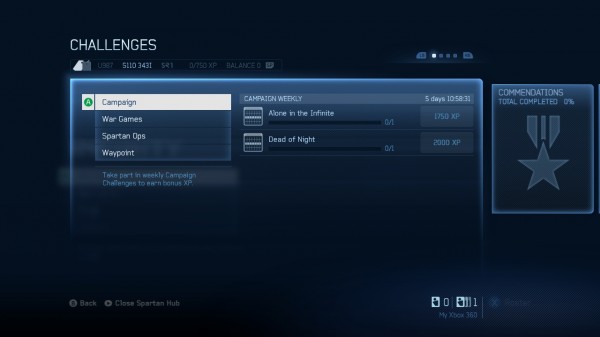 Like Commendations, Challenges have been expanded in Halo 4. We not only have daily content, but also a weekly and monthly cadence as well, giving players ample time to complete different challenges with varying levels of difficulty.

Challenges are divided into four categories:

343 has been giving us a healthy dose of multiplayer info this week. Sound off below! What’s your excitement level for Halo 4?

Multiplayer Games You Might Have Missed – Week 6: Resident Evil 6

Metro: Last Lights Will Not Ship With Multiplayer, Could “Potentially” Return Afterwards