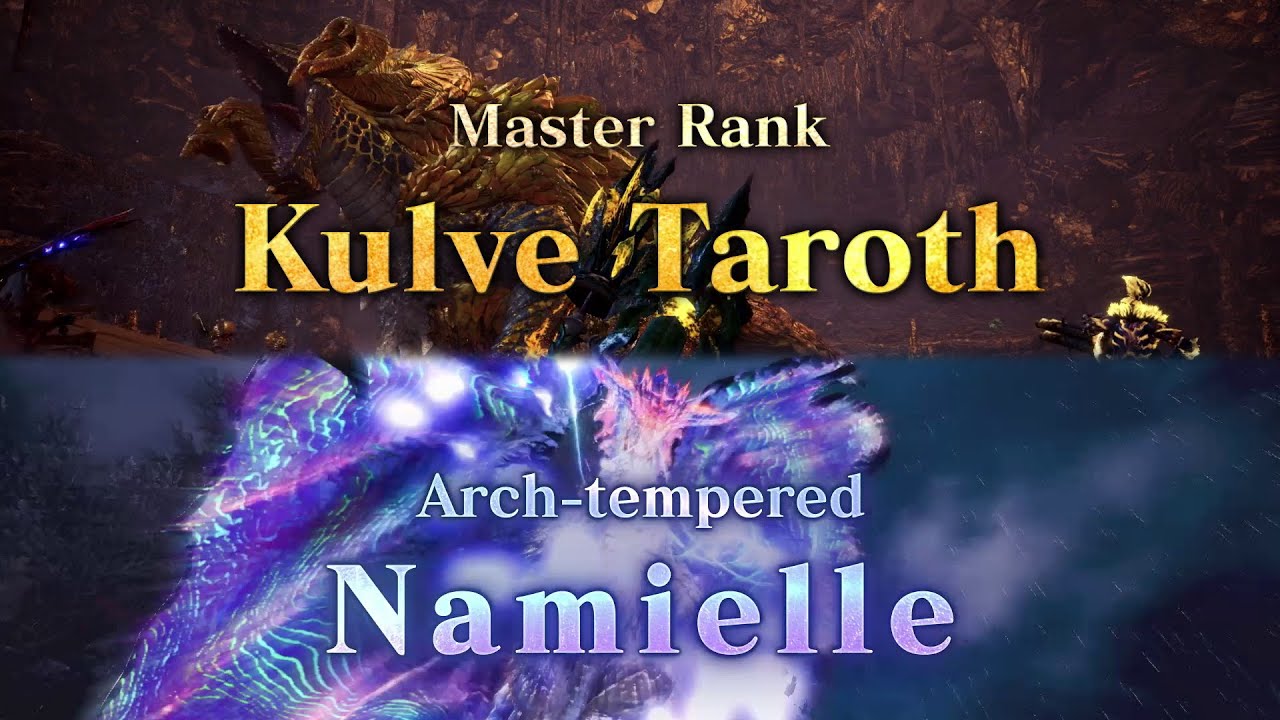 The new new monster variants are Master Rank Kulve Taroth, and the Arch-Tempered Namielle! Both monsters are due next week with the next patch for the game set for April 23! Check out what these new monster variants look like, as well as the armor sets coming in the official trailer below.

Aside from the new monsters, players should expect bug fixes, gameplay tweaks and more once the patch is out. Hopefully, we’ll get a patch preview before the update is out. Same as always, we’ll have the patch details up once it’s out.

Are you excited to take on these two new Monster Hunter World Iceborne variant monsters? And yes, you’ll need the Iceborne expansion if you want to take these two on.