Is a Mortal Kombat 10 announcement just around the korner?

If creator Ed Boon’s cryptic hints and this newly discovered poster are anything to go by, we’ll likely catch wind of a new Mortal Kombat project in development at NetherRealm Studios this June 2.

Boon has recently been spotted on social media counting down the days so some sort of June 2 announcement, likely related to Injustice or Mortal Kombat, or Both, according to follow up tweets.

Now, we’re getting our first look at what appears to be a Mortal Kombat teaser poster spotted by AllGamesBeta, portraying a broken spine with the caption, “Who’s Next?” Check it out below: 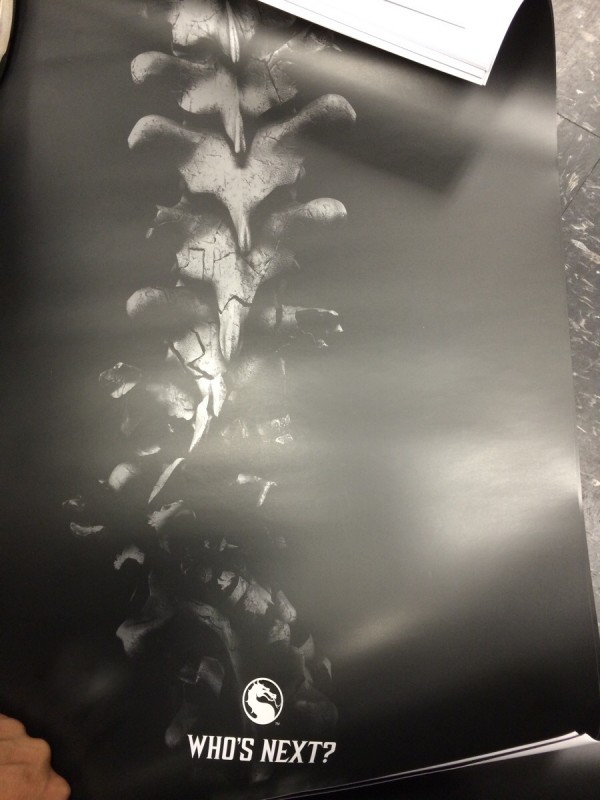 Interestingly, even Raiden motion actor Carlos Pesina is joining in on the fun, teasing fans with a recent tweet saying, “I was just in the motion studio… But the Lin Kuei stole my camera. Sorry no pics… :(“

In an interview with BG|Callisto during UFGT10, Boon mentioned that he “wouldn’t be surprised if some kind of announcement happened in the next few days.” He also confirmed his presence at E3, though he had nothing to announce at the moment.

Boon has updated his Twitter background and profile image to match the poster, which pretty much confirms that it is indeed real. Check it out: 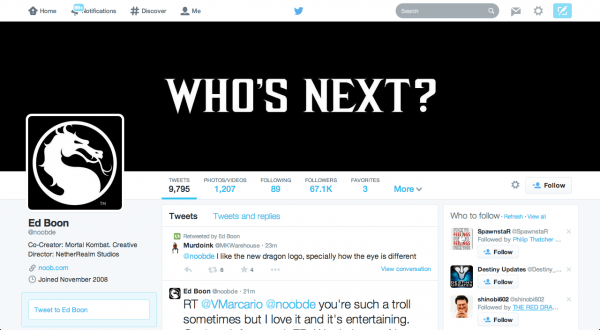 Video Leak “Not How We Wanted to Unveil Hardline,” Says Visceral, Announcements Possible Before June 9

Video Leak "Not How We Wanted to Unveil Hardline," Says Visceral, Announcements Possible Before June 9