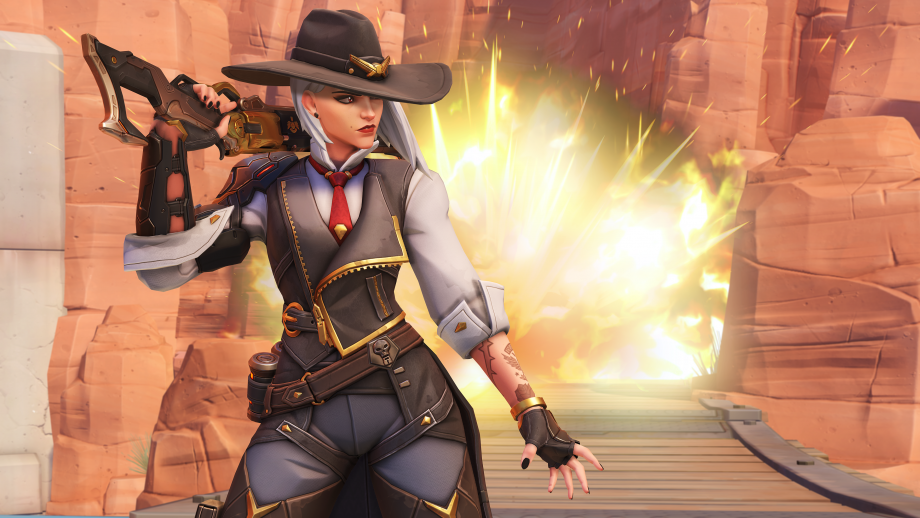 Watch the trailer below to see some of Ashe’s abilities which include being able to launch yourself into the air (just like Junkrat), and dynamite area of effect ability! We even get to see her sock McCree in the jaw! Plus you won’t believe what her ultimate is!

Introducing Ashe—leader of the Deadlock Gang and rebellious gunslinger who’s not afraid to get her hands dirty.

No word on when Ashe will be available, but once Blizzard announces the PTR details, we’ll be sure to let you know.