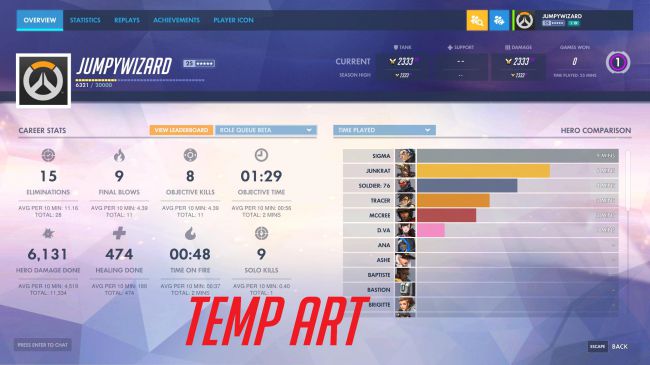 Blizzard may have accidentally revealed Overwatch hero Sigma, the next hero who will join the roster available to players in each match. While Blizzard are well-known for including small details that hint at big future updates to their games, this leak really could be a complete accident.

In a Tweet that was originally meant to show off the new role queue feature in Overwatch, some players uncovered an image they’d never seen before. The image, which you can see below, contains details about a player’s statistics, though it is mean to be temporary artwork. 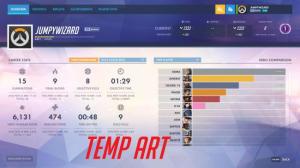 The first hero listed in the above image however, is new new Overwatch hero Sigma, at least that’s what players believe. We’ve added a close up below. 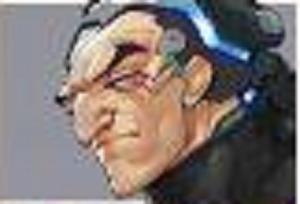 Once this news broke it went viral throughout the Overwatch community. The following day Jeff Kaplan, Game Director for Overwatch, featured in a short video that was made to appear as the beginning of a developer update. The video begins with Kaplan saying how excited he is to talk about this update, only to be sucked into a singularity and disappear, with mathematic equations flying around in the white space left at the end of the video.

Given that Sigma is associated with maths, it seems likely that the video featuring Kaplan was either a direct result of this unintended leak, or Blizzard is gearing up to reveal new Overwatch hero Sigma.

Sigma is the eighteenth letter of the Greek alphabet, and has a numerical value of 200 in Greek numerals. Sigma is also used in a number of ancient and modern languages for various different sounds, but it seems likely that Blizzard are doubling down on the mathematical origins of the symbol for their new Overwatch hero.

As we saw with the video of Jeff Kaplan, Sigma’s abilities will probably focus around a singularity, the point at which it is theorised both lies at the centre of a black hole, and was all that existed before the big bang, and the creation of the universe. Maths is incredibly powerful when applied to physics, so Sigma will almost certainly use physics and experimental technology as weapons.

If we take the Kaplan video at face value, then Sigma’s Ultimate Ability will be a singularity that sucks everything into oblivion, including other heroes.

Adding further fuel to theories surrounding Sigma as a math hero, one Overwatch fan found the following images on the official Overwatch website. 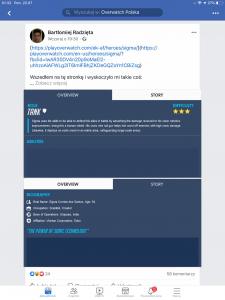 The web address where this information was uncovered now presents an error telling users that the page doesn’t exist. Due to this it’s impossible to tell if the information was real, but we’ll include it word for word here for you.

“Sigma uses his skills to be able to defend his allies in battle by absorbing the damage received to his sonic robotics improvements, being this a human shield. His sonic mini rail gun helps him ward off enemies with high sonic damage. Likewise, it deploys an sonic mesh in an entire area, safeguarding large-scale areas.”

The information could simply be a placeholder, or a fake, given the slightly broken English used. The biography in the second image names Sigma as Sigma Correia dos Santos, age 54. Sigma’s occupation is listed as a scientist and creator, based in India, Utopaea. Sigma is associated with the Vishkar Corporation, and Talon.

Sigma’s abilities make is sound like he absorbs damage in order to gain ammo for his sonic rail gun. The rail gun can also become a mesh that will damage enemies who step on it, but what is his weapon once he’s done that? As a Tank, Sigma can probably take a lot of damage, but it’s unlikely that he would ever be completely weaponless. Only time will tell if these leaked images turn out to be real.

For more on Overwatch stick with MP1ST.

How Online Gaming Can Improve Relationships

Dota 2: If Your Team Sucks, You Suck Too