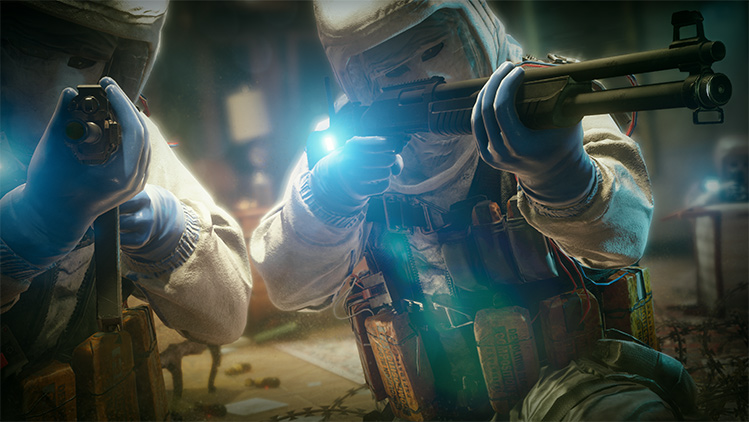 Here’s exactly what’s in it the $149 USD Collector’s Edition, which appears to differ from the previously announced Art of Siege Edition: 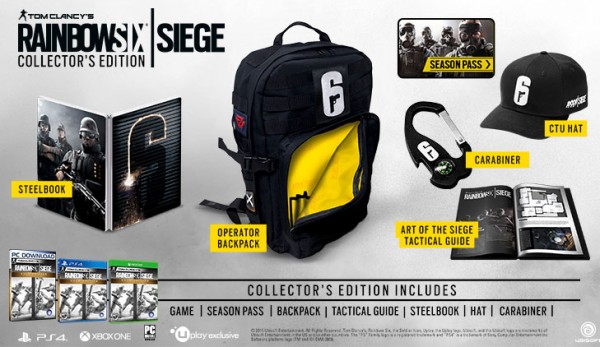 More pre-order details and pricing for your region are here.

At E3 2015, Ubisoft unveiled Rainbow Six Siege’s new solo and co-operative Terrorist Hunt mode, dubbed TerroHunt. As in previous Rainbow Six titles, players will squad-up and take on a small army of AI-controlled terrorists. This time, they’re packing explosives and are able to use the same breaching techniques utilized by the Rainbow team.

In a behind-closed-doors demo, studio members treated fans to additional TerroHunt gameplay and took the time to answer a handful of questions. Here’s a recap of what was covered, as well as a replay of the full presentation and Q&A.

As a reminder, Rainbow Six Siege’s Closed Beta officially begins on September 24 on PC, Xbox One, and PlayStation 4. You can get more details here. Rainbow Six Siege launches on October 13.