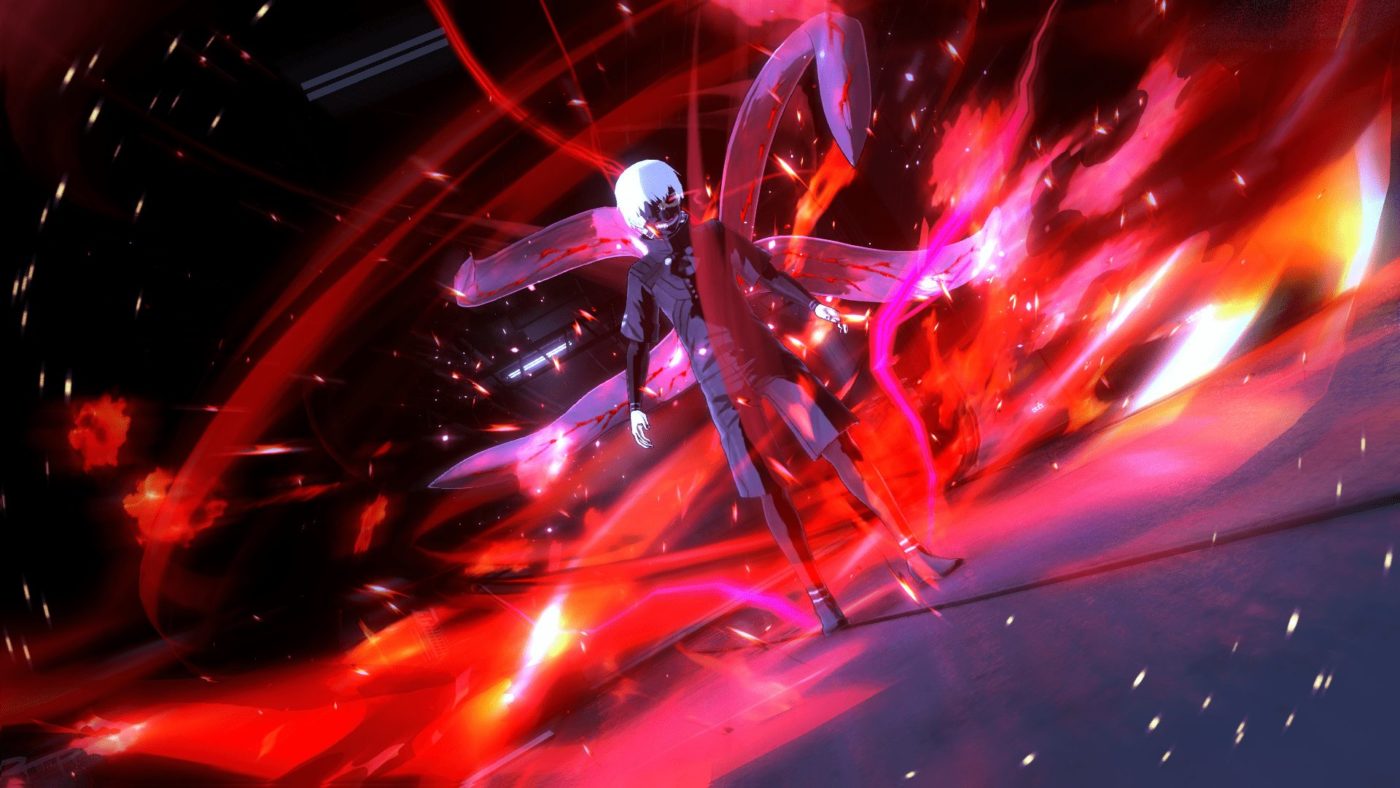 The new Tokyo Ghoul trailer for Tokyo Ghoul: re CALL to EXIST shows brand new gameplay from the latest entry in the series. The trailer shows off which characters will be playable, those that will appear as bosses, and even some of the combat mechanics that will feature in the final release. Check out the trailer below and read on for more details.

The protagonist of the Tokyo Ghoul anime, Ken Kaneki, is the most prominent playable character in Tokyo Ghoul: re CALL to EXIST. In addition to Ken, who is a half-ghoul, the well known gourmet Ghoul, Shu Tsukiyama, the serpent Ghoul, Nishiki Nisho, the manager of the :re coffee shop and Kaneki’s wife, Touka Kirishima, the powerful executive, Naki, the black rabbit of Goat organisation, Ayato Kirishima, and former Ghoul investigator, also known as OWL, Seidou Takizawa will all feature in the game.

Each character, and boss, appears to have their own special abilities that set them apart from each other. While the gameplay could be mistaken for that of Code Vein, Tokyo Ghoul: re CALL to EXIST will almost certainly not be a soulslike game, and instead be closer to an action role playing game.

In Tokyo Ghoul: re CALL to EXIST, a war is raging between Ghouls and investigators on the streets of Japan’s largest city. This entry in the series will be the first videogame adaptation of the manga to make its way to western regions, bringing together characters from across the various Tokyo Ghoul anime series.