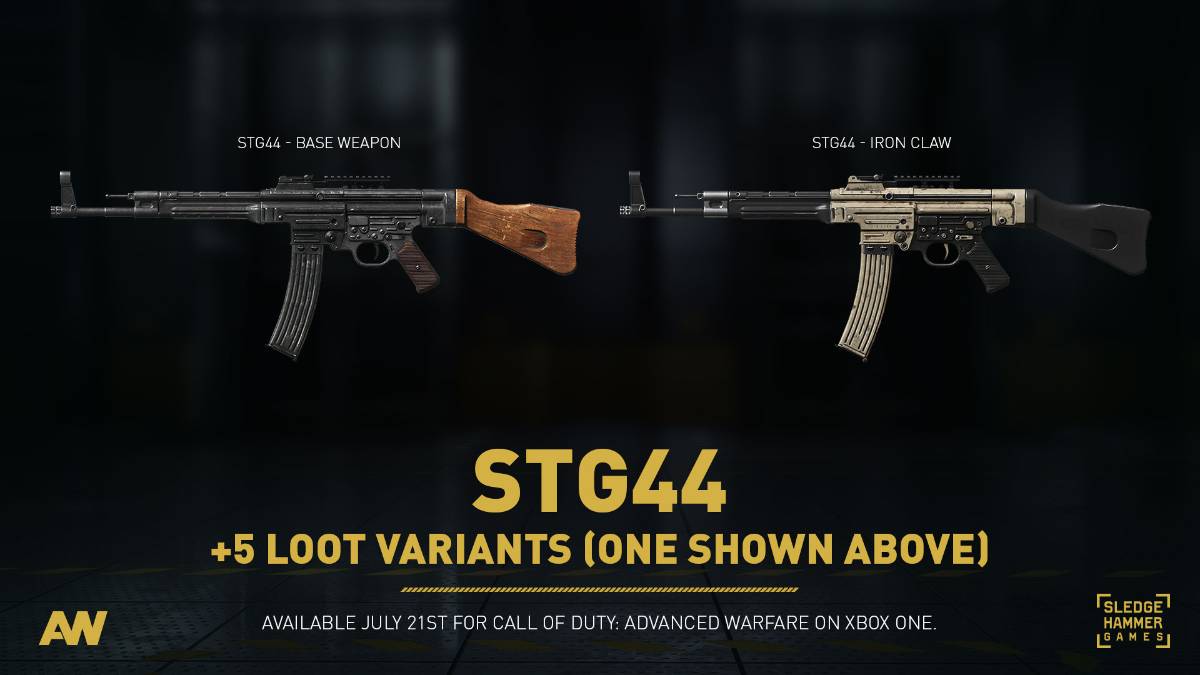 The free weapon pack will arrive on July 21, says Sledgehammer in a recent blog post, eventually making its way to fans on PlayStation 4 and PC at a later date. Each weapon and their variants can be unlocked via Supply Drops or Advanced Supply Drops, save for the base variant for the Blunderbuss, which will arrive unlocked under the Shotgun category in Create-a-Class on July 21. As for the STG44 and SVO, their base variants will be unlocked once any of their other variants are discovered in a drop.

You can have a look at some of the variants below, as well as a small blurb from Sledgehammer Games on each new weapon: 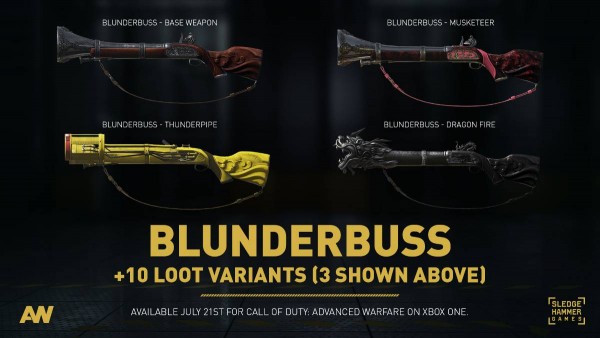 “The Blunderbuss is a short range shotgun that packs a punch. Delivering a great amount of damage up close in a wide spread, it has the drawback of a slow reload speed between the single shots.” 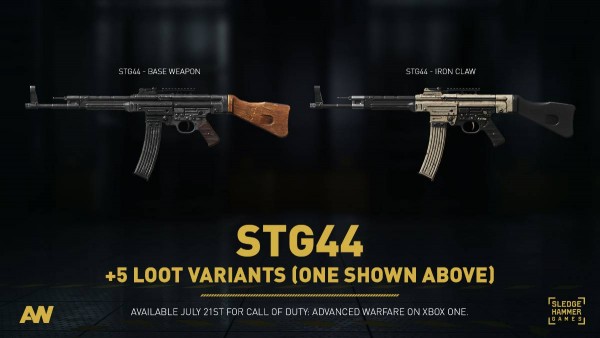 “The STG44 makes a return to Call of Duty as a new Assault Rifle available in multiplayer. Known for its solid accuracy and manageable fire-rate, the STG44 works great for medium range combat situations.” 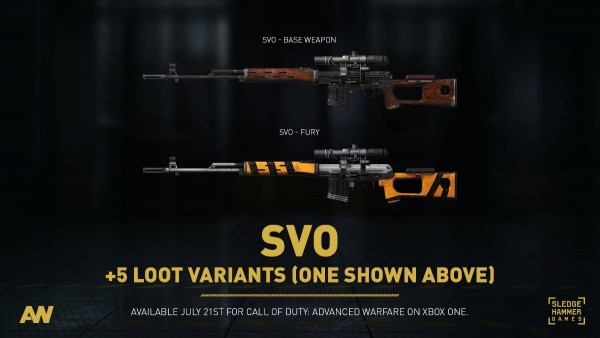 “The SVO is a semi-automatic Sniper Rifle with great accuracy the trade-off being increased recoil.”

According to Sledgehammer, next week’s drop is only the first set of three weapons the studio is adding to Advanced Warfare over the course of the next few months, but more on that is to come. As a reminder, these weapons will only be available on current-generation consoles and PC due to the hardware limitations of previous-generation consoles.

Which new gun are you most looking forward to unlocking?