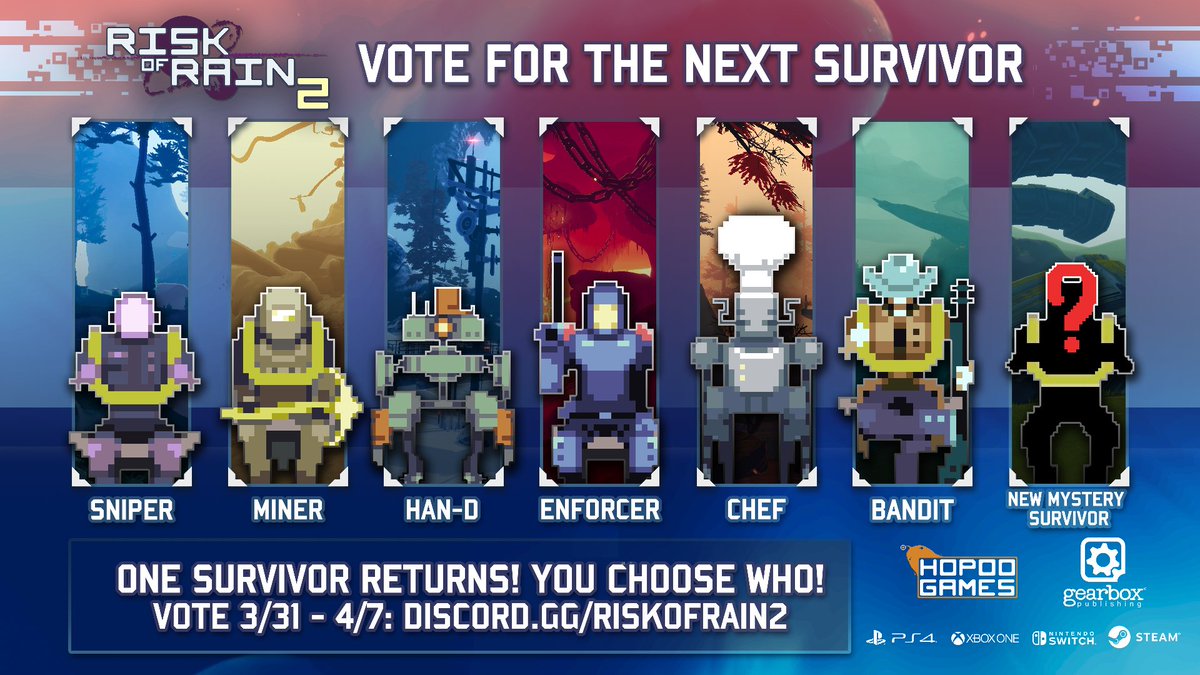 Voting for the next Risk of Rain 2 survivor has commenced, giving players the chance to decide which Survivor will be in a future update.

In total, there are seven characters that can be voted on, six of them being existing characters from the previous game and the last a new mystery survivor. The full list of characters can be found below:

Voting began on March 31st and will last until April 7th. Down below you can find the current standing as of April 1st.

If you wish to participate in the poll, make sure to join the official Risk of Rain 2 discord channel. We would like to point out that just because only one of these characters will win, it doesn’t rule them out of appearing in the game in a future update. This is especially true as the game files actually hold most of these unfinished characters with some even appearing in the background of the character select screen.

We’ll be sure to post the winning Risk of Rain 2 Survivor once the final count is revealed, and expect them to appear in a future update (PC first Consoles after) soon after. Risk of Rain 2 is now available on all major gaming platforms. Steam is currently holding a free weekend if anyone is interested in trying it. I highly recommend it as it offers countless hours of fun, and even more with friends.