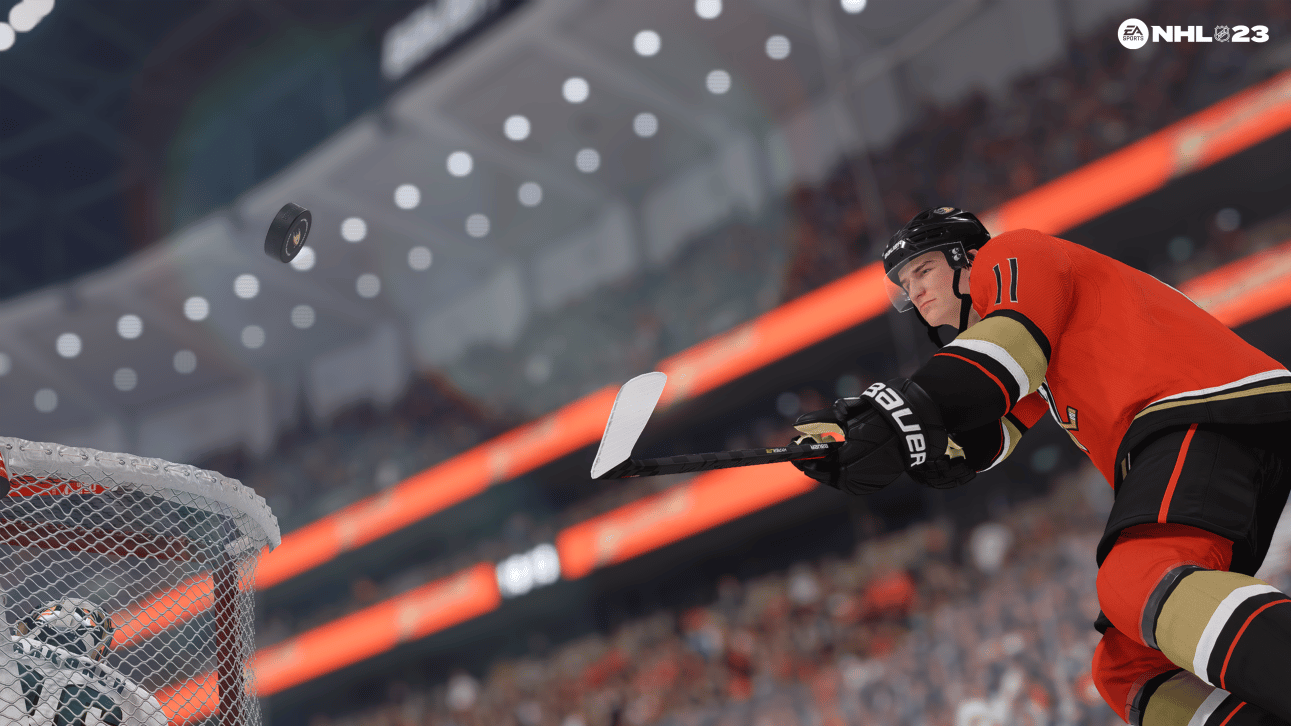 EA has just released a new NHL gameplay trailer earlier today. The trailer shows off a great deal of new features and gameplay innovations that make NHL 23 the most authentic representation of real-life hockey yet.

X-Factors have received a major new upgrade with two new abilities that represent the game’s cover athletes. This includes Trevor Zegras’ “Skiller Up” which lets the players recreate his infamous flip over the net, and Sarah Nurse’s “Relentless” which increases the player’s ability to shoot and pass while off balance.

AI awareness has also been greatly enhanced. Goalies will be more human-like than ever with more than 300 new save animations and AI skaters will have overall improved awareness.

Here is everything new showcased in the gameplay trailer as listed by EA in their latest press release:

New Updates to Strategies – NHL 23 will bring you more control over every action with updated strategies: a 1-3-1 power play, and a counter to 1-3-1 with a 1-1-2 on the penalty kill, which players might know as Triangle +1 or Wedge +1. On the Power Play, players can assign three different roles to players: Distributor, Finisher and Puck Carrier. In addition to these strategies, NHL 23 will feature Assisted Strategies which will include an in-game pop up that notifies players if there’s an opportunity to modify their strategy during the game, increasing the competitiveness of play.

New X-Factors – NHL 22 first introduced the X-Factor system to highlight the greatest skills of some hockey players while providing players with the most significant abilities that appear in-game. Now, NHL 23 brings players two new X-Factors to accompany the two cover athletes: Sarah Nurse and Trevor Zegras. The first is Sarah Nurse’s “Relentless,” which increases player ability to shoot and pass while off balance, a fitting skill for the high-scoring Olympian. The second is Trevor Zegras’ “Skilled Up,” which allows players to recreate the Ducks player’s viral “Michigan” flip pass over the net.

AI Awareness – Goaltending and teammate awareness has been an area of focus for NHL 23. AI goalies will now play more like a human player than ever before with the addition of 300 new save animations that were previously unavailable to AI players, while AI skaters will also bring players closer to the game with increased team awareness, just like fans would see in a regular hockey game.

Community Feedback – By listening to our dedicated fanbase, we’ve made a plethora of in-game changes including re-working the pass assist, improving the interception and the disruption of passes and increasing the puck carrier speed, as well as bringing about updates to the poke check.

Rumor: Next Assassin’s Creed Game Titled “Mirage” and Is Planned for a Spring 2023 Release