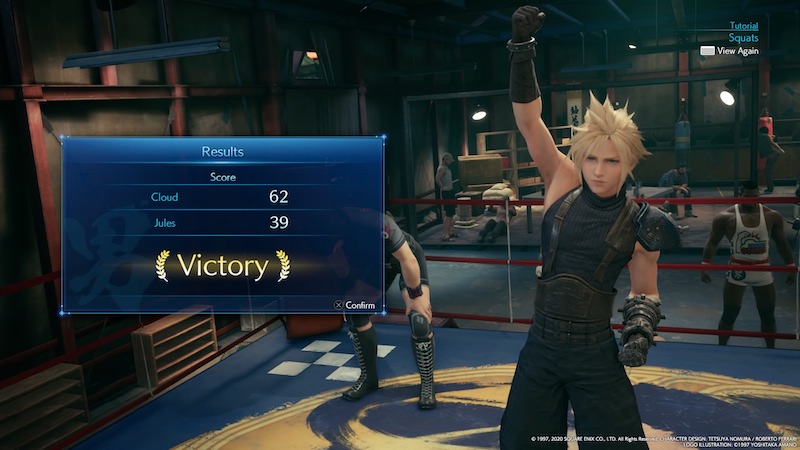 While we already reported on some of the Bulletstorm Easter eggs that are tucked away in the Outriders demo, it looks like there are more nods to other gaming franchises hidden by developer People Can Fly, and one of these is an Easter egg for Final Fantasy 7!

Mind, it’s not just any Final Fantasy 7 Easter egg, but one that pays homage to the game’s hero, Cloud Strife! Check out the .gif below, where we see Cloud’s familiar sword twirl/flip victory pose after an enemy battle.

Cool, right? There’s even a text for the emote where it says the user “gained XP and AP” which is again, a nod to Final Fantasy 7, as after battle reports for the RPG shows the same text message. According to BoSolaris (whom we asked for permission for the .gif), this little nugget can be obtained by players by hitting Accolade level 21, which is quite far off the reward track.

Final Fantasy 7 is, of course, a property owned by Square Enix, which is publishing Outriders, so I kinda have a hunch that there won’t be any legal issues or whatnot tied to this.

After this Easter egg, I’m now more curious than ever to see whether People Can Fly snuck in some for other games too! Easter egg hunters can find out for themselves once the game launches this April 1 on the PS4, PS5, Xbox One, Xbox Series X|S, and PC.