Outriders to Run at 4K 60fps on Next-Gen Except for Series S, Last-Gen & Series S to Be at 30fps (Update)

People Can Fly has finally detailed the resolution and frames-per-second (fps) support for all platforms for Outriders.

In the newly released broadcast stream, People Can Fly highlighted just some of the differences between all the platforms, confirming their resolution and frame-rate for the shooter. A break down is shown below: 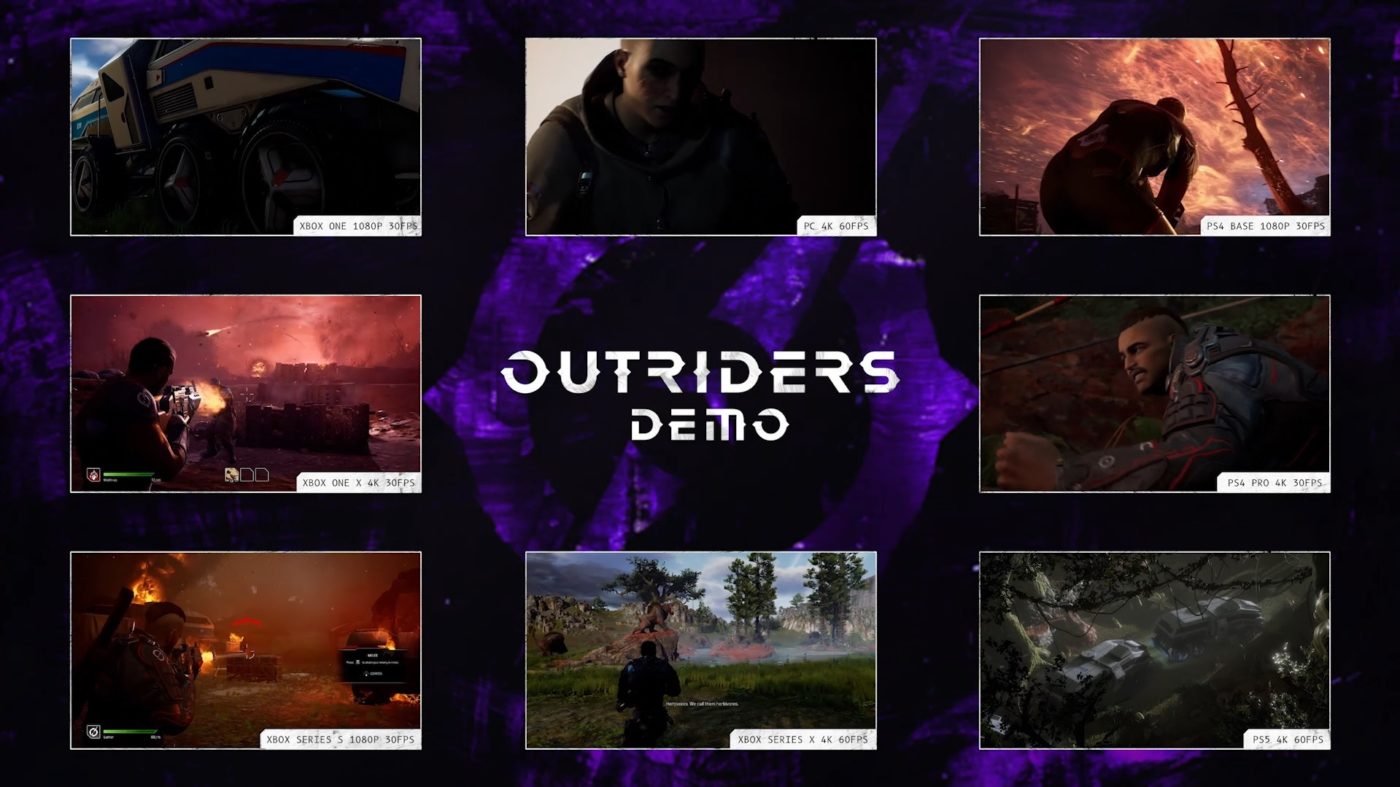 For those who may be worried about last-gen versions of the game, rest assured as the developers had those platforms (as with high spec PCs) in mind from day one. In a group interview that took place yesterday which MP1st was part of, Lead Game Designer Piotr Nowakowski responded to a question over how the team worked on creating a optimal experience for last-gen consoles.

“We never forgot about the PS4 or previous gen, because at some moment when we start the development those were our main platform”

Piotr explained stating that it was never the case that the team had the game made on higher specs such as next-gen consoles, only to later see how it performed on the weaker hardware. Guess we’ll see how they’ll perform shortly after the Outriders demo releases tomorrow!

As for the Xbox Series S console, seeing that it’s a next-gen console but running at the same resolution and frame-rate as some of the last gen ones, we did ask if the console would potentially see future support for 60fps, though sadly the studio was not able to comment at the time.

We followed up with the studio after the QA session and will update the post if we get a response.

It’s important to also note that while the Series S shares resolution and fps of the lower end consoles, this does not mean that it’s running on the same settings as those consoles. We won’t know for sure until tomorrow, but the game could very well be running with improved textures, shadows, etc. that are present on the Series X.

The official Outriders Twitter announced that Xbox Series S will run at 4K, 60fps! And that it was a mistake:

The correct and intended output is:
Xbox Series S at 4k and 60fps.

Original source and other platform information can be found here: https://t.co/3Y8PklSwZ8 pic.twitter.com/SsfzhHVmhC