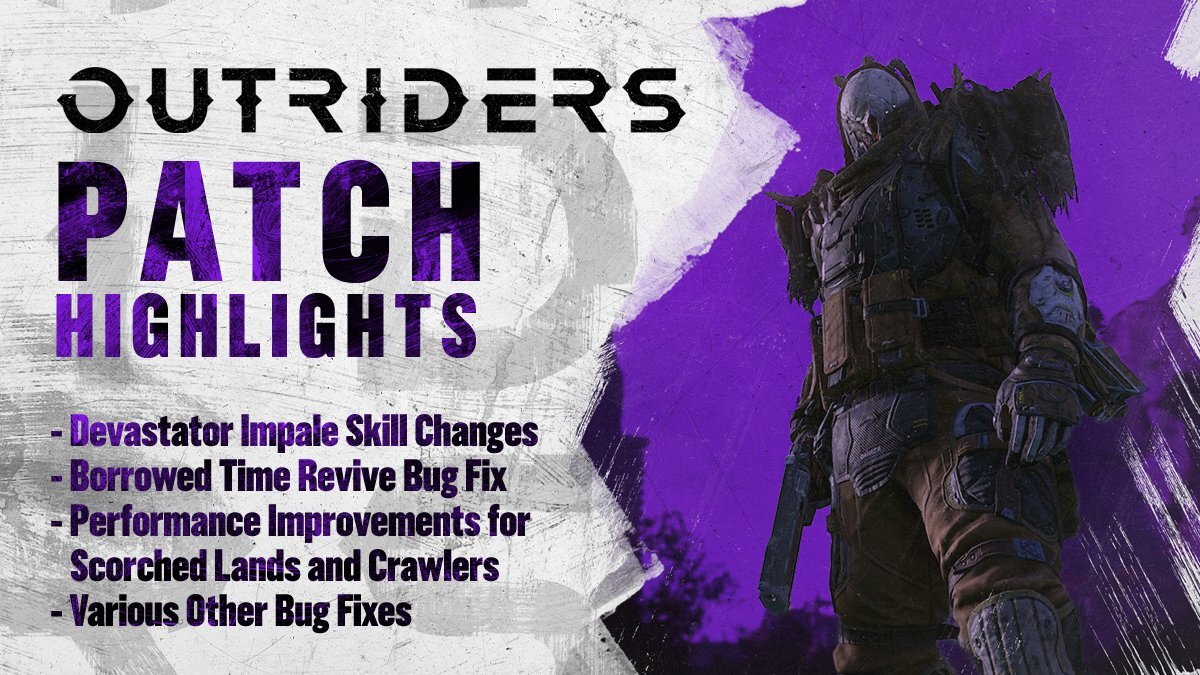 People Can Fly has released the Outriders update 1.14 patch (version 1.014 on PS5), and we have the complete Outriders update patch notes! There are changes to the Devastator Impale skill, the Borrowed Time revive bug is fixed, and loads more.

Important: As previously explained, today’s patch does not include any discussed changes to Moaning Winds, Fortress or Legendary Armor Set changes. These changes are all part of a bigger update that is still a little way away.

People Can Fly has also outlined some of the fixes they are working on which gamers can read about here.