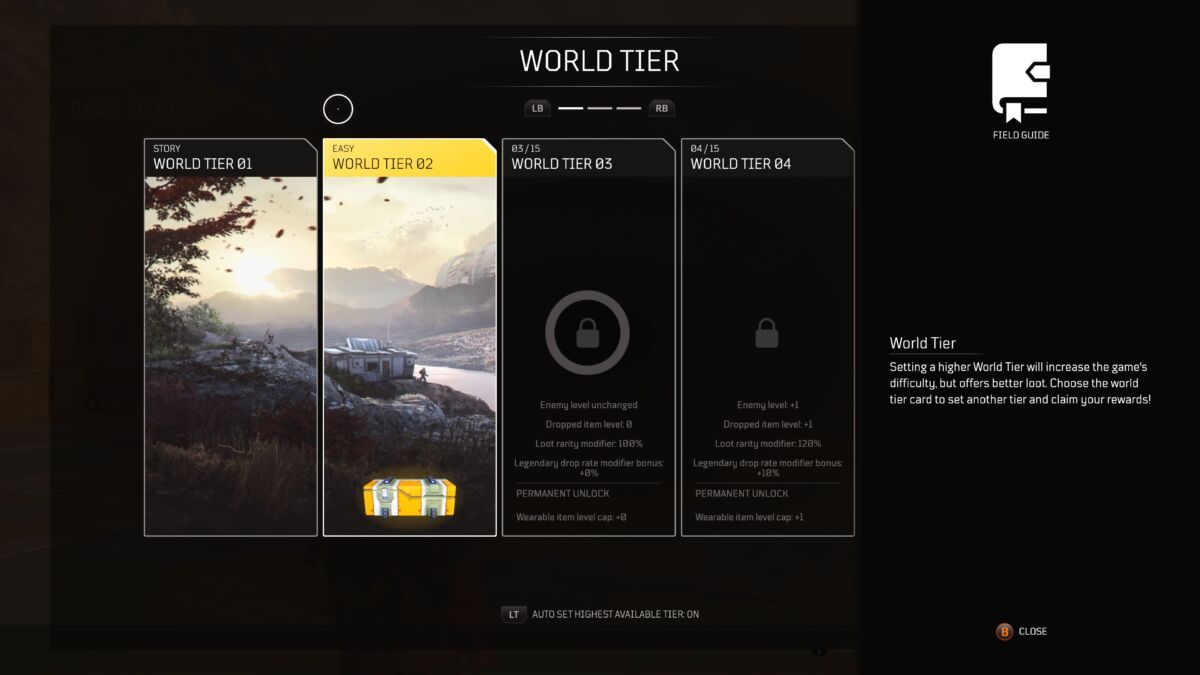 Curious as to what exactly the World Tiers do in Outriders? Or perhaps you’re wondering why it seems like you aren’t making any progression in it? Well here’s a nifty Outriders World Tier guide explaining how it works and to ensure you’re still making progress.

How Do I Level Up the World Tier in Outriders?

Like leveling your character, leveling your World Tier works in a similar fashion. In order to increase the level of a World Tier to a new one you must earn XP for it, which is done simply by killing enemies. Yep, nothing all too complicated about that, however unlike leveling a character, when you die you lose a bit of progression.

This is why, if you are playing solo and dying a lot your World Tier isn’t moving as much as it did in the early stage of the game, as progression is being set back for every death. We found that you lose quite a bit of progression upon death, usually more than what you would earn for clearing said zone your in. This is why co-operative play is suggested, although farming for better gear does counteract the difficulty spike.

Can You Farm World Tier XP?

Absolutely, and I recommend any solo player to do just that. Find a short mission that you can handle on the highest tier without dying, complete it, and then do it all over again! We highly recommend a repeatable mission that is against non-human AIs as they often rush you rather than hide behind cover, thus being a lot quicker in terms of completion.

Why is Leveling and Progressing Through World Tier important in Outriders?

If you couldn’t tell from reading the chart above, it’s important to level up your world tier because it’s all tied to what kind of loot you get. Basically, don’t expect to be receiving a ton of high end gear that’s graded for end game content if you are playing on the easier tier level. The higher the tier, the better the gear.

That’s all there really is to Outriders World Tier! Hopefully this guide has made you understand how it all works in-game. Now get out there Outriders, and start earning some better gear! Oh, and if you want more guides be sure to visit our Outriders Guide Page!