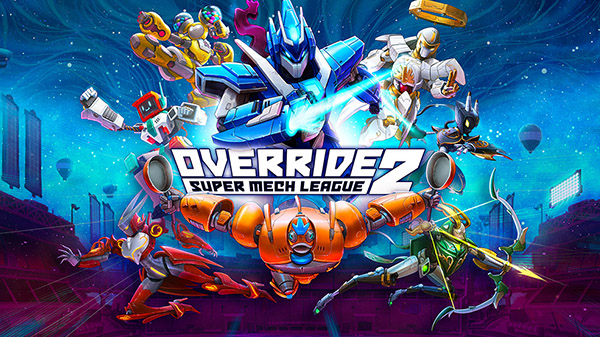 Check out the trailer below as well as the official game info!

Override 2: Super Mech League will feature an all-new Career Mode, which lets players build their rep for their own Club, as they climb to the top of the Mech League.

Override 2: Super Mech League kicks its exhilarating brawls into overdrive, bringing new characters into the fray to round out a 20-bot roster brimming with charming personalities in battle. State-of-the-art opponents aren’t the only thing to worry about, though: arenas are speckled with game-changing hazards including pools of lava and geysers, so pilots would be wise to remain strategic while wreaking havoc on their surroundings.
With a wealth of game modes to throw down in including multiplayer ranked rumbles, Xenoswarm, King of the Hill and more, as well as a huge stash of unlockable cosmetics and attachments to personalize these unstoppable machines, Override 2: Super Mech League offers fun as gigantic as its fighters

According to the press release, there’s an “exciting” IP crossover announcement coming this September as well. Players can sign up for the closed beta here and will be playable on Steam.