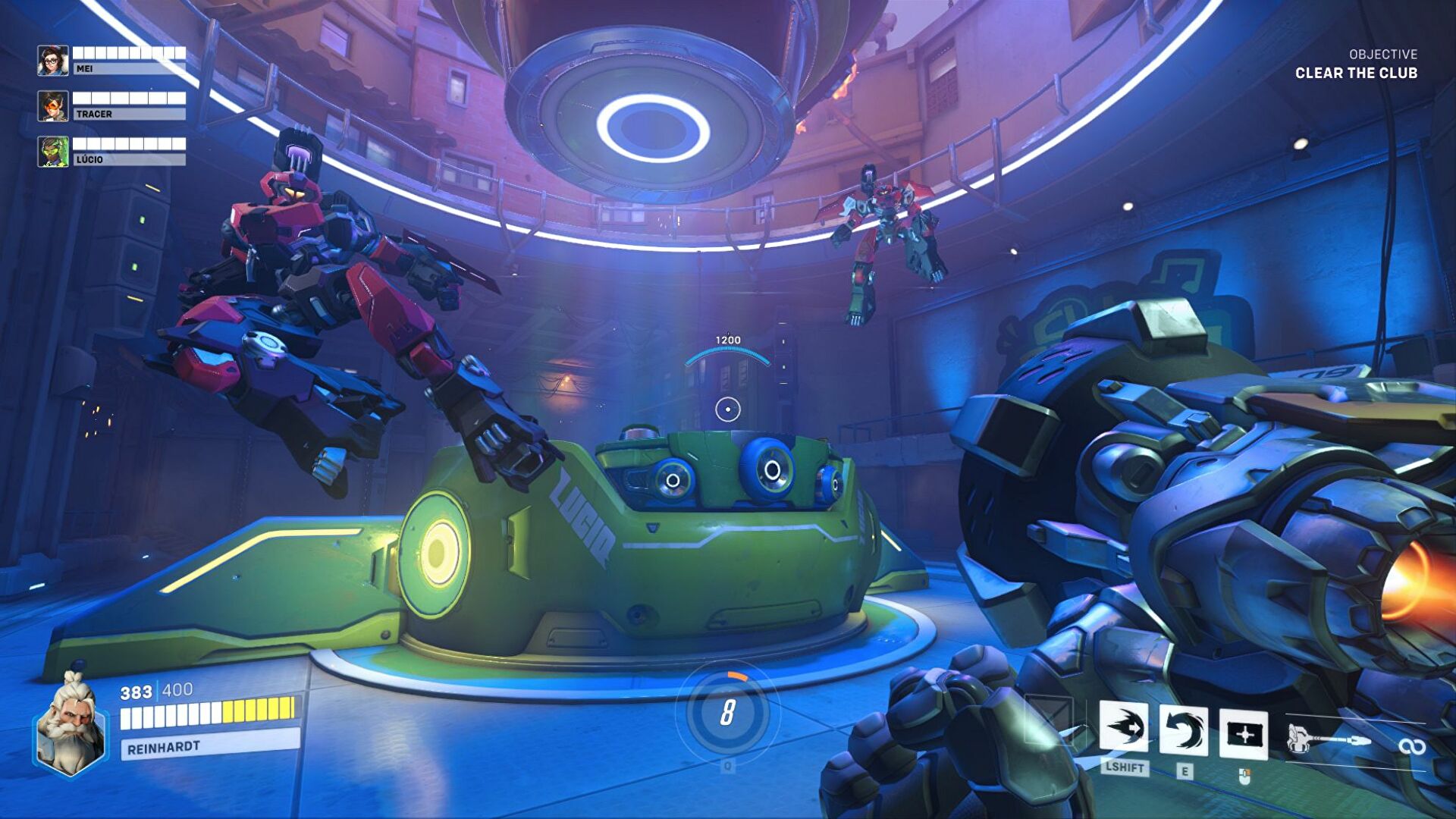 While Overwatch 2 is just in beta, that hasn’t stopped Blizzard from rolling out a pretty meaty update. In the Overwatch 2 beta update for May 5 patch notes listed below, it gives Zenyatta a new passive attack that knocks enemies back! Read on for the entire changelog.

We saw a lot of players at varying skill levels struggling to land shots with her Alt Fire, so we are making the projectile width wider.

Sojourn is all about mobility, and we wanted her to move around the maps more freely. We think this will help increase her effectiveness and make her even more fun to play.

We believe Soldier 76 was over tuned during the first week of the PvP beta. He was extremely mobile with the new damage passive that increases movement speed by 10%. We brought his Sprint ability down a bit with the new passive in mind.

Soldier 76 has always been a high damage output hero, but we are seeing fewer counters to him with one less tank per team. We lowered the damage of his Heavy Pulse Rifle to fit with 5v5.

We wanted to make Tactical Visor a more interesting ultimate for players who want to push their aim skills through the ability. The point of this change isn’t purely to buff him or counterbalance the nerfs. We wanted to make Soldier 76 more fun to play while rewarding mechanical skill.

After a week of testing the new damage passive, we decided to balance Sombra’s Stealth speed with the 10% movement speed increase in mind.

We saw Roadhog underperforming, so we are making his ultimate more interesting, effective, and fun. Roadhog was dying frequently while using Whole Hog, so we are trying to give him more options and flexibility in his ult.

The change to Winston’s secondary fire enables him to use it more often without sacrificing as much of his primary fire. We want his secondary fire to feel less restrictive to use and more fluid like his kit.

We are reverting Roll’s knockback to the original value from when Wrecking Ball was launched. We wanted to give Wrecking Ball a more unique role as a dive tank that can split up enemy teams. We made this change with the Tank passive of 30% knockback resistance in mind.

There are less counters to Graviton Surge with one less tank per team and phase effects no longer escaping Zarya’s ultimate. We observed the ultimate over-performing, so this change brings it in line with 5v5 gameplay.

Lucio had incredible survivability with Crossfade stacked with the new support role passive, so we reduced the amount it heals himself.

Baptist is under-performing because teams aren’t playing as grouped up right now. Increasing his healing ammo will let him heal more targets who aren’t necessarily grouped up.

Ana’s Biotic Grenade was too effective with one less tank and more infrequent barriers, so we are reducing the duration of the ability. We also saw Ana using her grenade less frequently on herself because of the new support passive ability. To help compensate for her grenade, we wanted to give her power back through increasing her Biotic Rifle’s ammo.

Zenyatta has trouble fighting at close range, so he was at a disadvantage if an enemy flanked or jumped on top of him. His new passive, Snap Kick, will help him create space and put enemies at his fighting range.

We think this new passive will be a fun adjustment to his kit, but we also want this change to acknowledge community concerns. We understand 5v5 has made support heroes feel more vulnerable, and we wanted to give Zenyatta tools to help create space between him and enemies.

It’s difficult to tell when Brigitte lands a Shield Bash because the impact of that ability was not easily noticeable. This is a subtle change that will make the ability feel more satisfying.

Don’t forget to check out our article on some of the changes and our hands-on impressions of the beta right here.

Genshin Impact Version 2.7 Delay Compensation Announced, Will Be Issued Every Week Until Update Comes Out