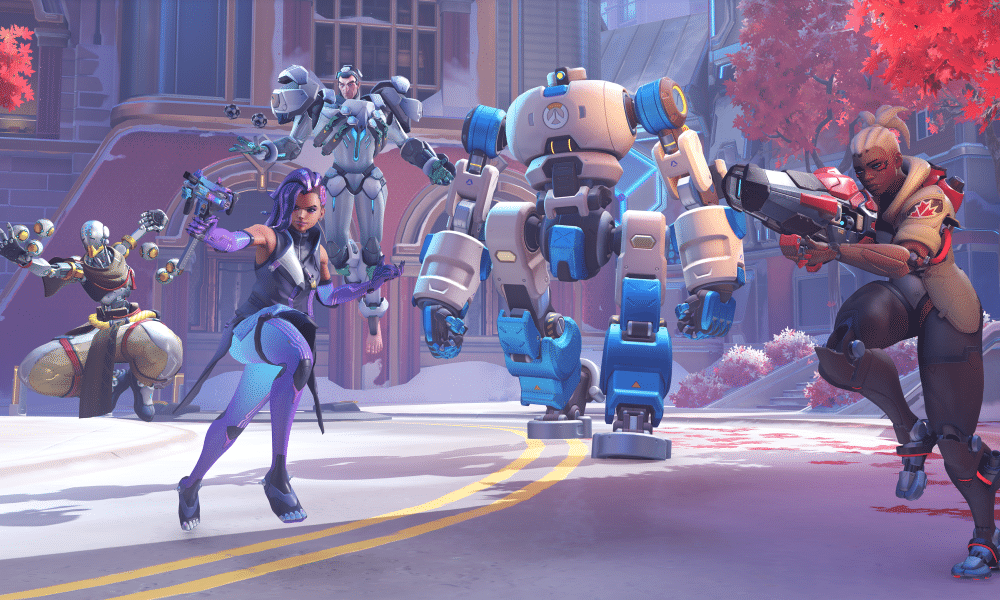 It’s been a week since the Overwatch 2 PvP beta has launched, and already Blizzard has seen a ton of feedback on some of the game’s current issues, with the developer issuing planned changes that should lessen these moving forward. Compiled a new developer blog, check out a rundown of all the learnings made in Week 1 of the PvP beta for Overwatch 2.

The main goals for our first Beta were to test our shift to 5v5, the new maps and Push game mode, overall balance, and build and server stability. We believe 5v5 is a significant adjustment for players, and we have been happy to hear consistent and positive feedback about players having more fun, feeling a greater sense of impact in their matches, and enjoying a faster pace of combat and engagements. While we will continue to adjust the rules of Push, players seem to be really enjoying this new game mode and our other new maps. We’ll talk about balance in more detail in a separate section, but our approach to balance will be to make rapid adjustments to hero power levels, and we’ll deploy our first Beta balance patch in a few days accordingly.

Importantly, this beta is just our first public test leading up to the future Overwatch 2 PvP release. Between now and then, we plan to add more content including heroes, maps, and features. There will be a significant amount of overall polish and refinement added in the form of enhanced UI, bug fixes, and more!

We understand that many players in our community want to play a ranked mode in the PvP Beta, and that those systems are a great way to keep players engaged and enjoying competition. We made the choice to only run quick play in this Beta test for two primary reasons: first, because in a test with a limited number of players, we generally want to prioritize making matches more quickly over splitting players into multiple queues; and second, because we’re planning some significant overhauls of our core ranked and competitive mode systems, and those are not yet ready to test publicly at scale.

However, we’ve also seen queue times increasing for tank and damage players, as those roles have been relatively more popular vs. the support role during this test. We understand the need to make playing support more attractive to players, and we’ll discuss that more below. In the interim, we’re also working to enable quick play classic with open queue so that players seeking shorter queue times will have an easy option for the remainder of the first Beta test.

This Beta and future tests will be critically important for identifying balance issues and adjusting. So far, most heroes are falling into a healthy range overall for play rate and win rate across different skill levels, but we’ve seen a few outliers that we’ll address in a balance patch planned for later this week. We’ll continue actively monitoring gameplay balance, and we expect to make further hero balance adjustments during this Beta.

More broadly, during our Alpha test, we observed support heroes feeling too vulnerable to diving and flanking attacks with fewer shields and no second tank focusing on protecting them. We made a significant adjustment to their role passive heading into Beta, allowing support heroes to recover more health faster and improve their survivability. This change improved their overall power and durability, and overall supports are performing well in the Beta, but we know that balance is only one aspect of what makes a hero fun to play. We have heard clearly that support players feel both tanks and damage players have more new content to enjoy and explore in this Beta. Longer term, we believe the most effective way to tackle this issue is to add exciting new support heroes to the game, and that is part of our plans.

The Overwatch scoreboard screen is a new feature we debuted in the first Beta! This scoreboard provides current statistics about both team’s hero composition and the status of your teammates’ ultimates, enabling you and your team to plan and coordinate a winning strategy. We are retiring both the Fire and Medal system with the update and enhancement of the Overwatch 2 scoreboard.

For Overwatch 2, players can expect the new Scoreboard screen to display key statistics in real time for all players in the game. These statistics include eliminations, assists, deaths, damage, damage mitigated, and healing. The information will be presented in a new layout that mirrors other competitive games and sports. We want to provide players with an overall more accurate view of the game. Our team believes providing accurate feedback and encouragement can improve everyone’s gameplay experience! The scoreboard also includes personalized statistics based on the hero you are playing; for example, Lúcio will see specific data like Sound Barriers provided, environmental kills, as well as speed and healing song boost percentages. This combined team and individual performance data will help players make real-time decisions to adjust strategies and win games.

Blizzard also went into detail as to what the new scoreboard will display once the game launches, as well as aspects of its overall UI and design:

As the beta progresses, expect more progress reports from Blizzard as to the state of Overwatch 2 as it makes its way to the final release state. In case you missed it, check out a comprehensive FAQ for the beta here.

Bugsnax Update 2.050 Released for Bug Fixes This May 3