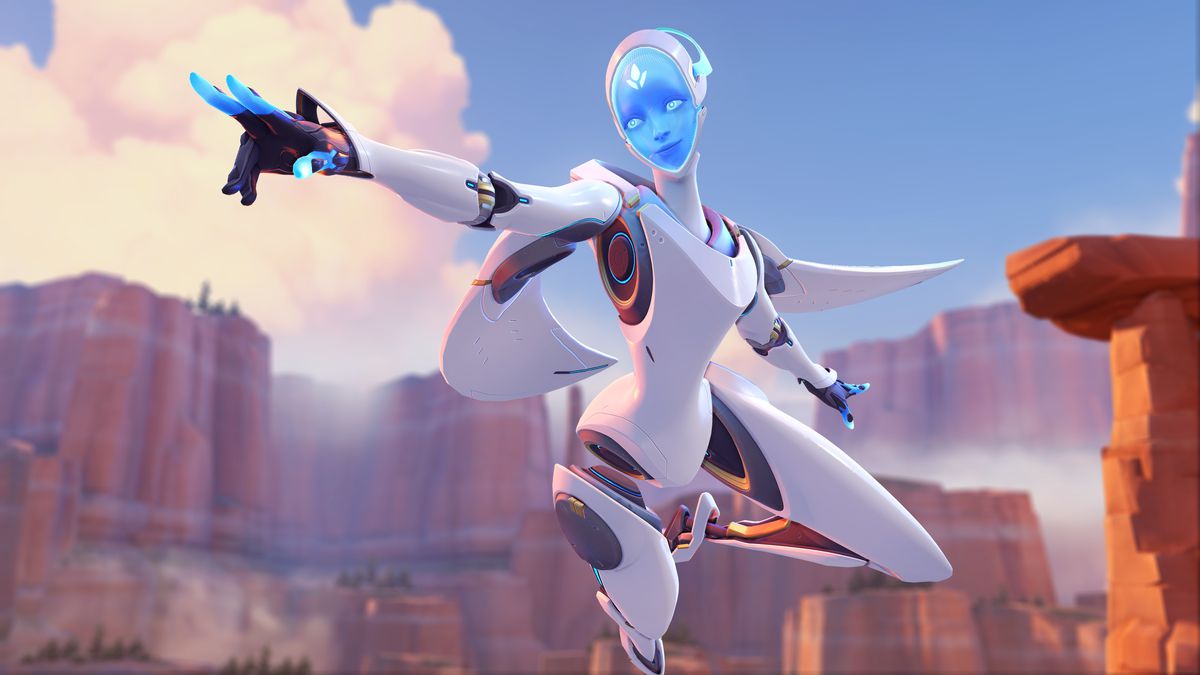 Following the other day’s reveal of a new and upcoming hero “Echo” in Overwatch, we now have the  Overwatch Echo abilities list and gameplay which showcases her insane Ultimate! First things first, it’s now confirmed that Echo is yet another DPS hero which might be a bummer for some, but it is, what it is. Check out the gameplay footage below. 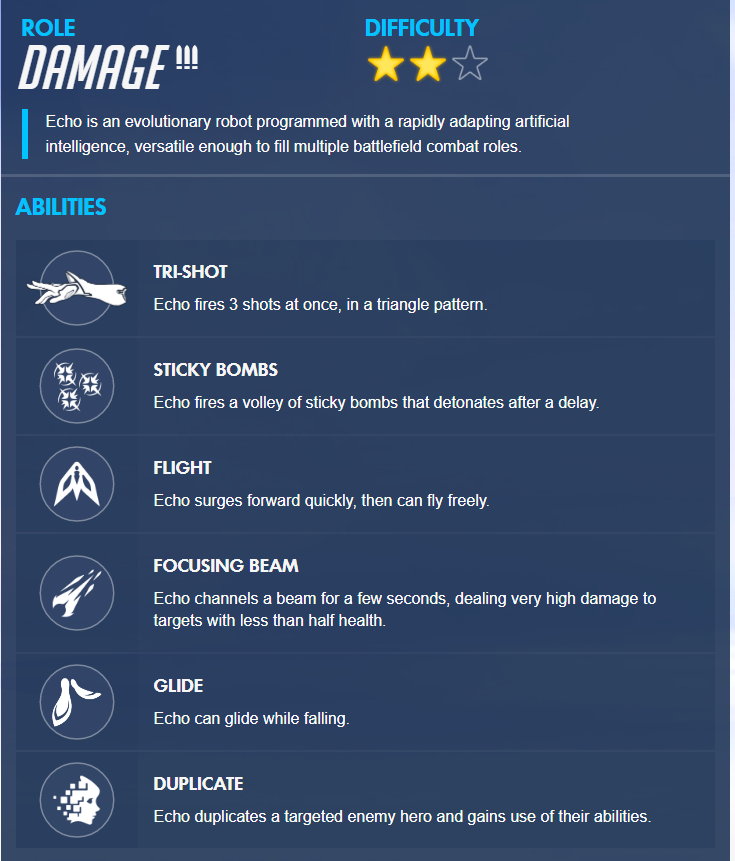 Check out Overwatch head honcho Jeff Kaplan talk about Echo’s abilities and the design process behind her.

If her Ultimate called “Duplicate” sounds a bit overpowered, it seems to be just that. In a Twitch stream conducted earlier today by TimeTheTatMan with Jeff Kaplan, Echo’s Ultimate was shown off, which left some players worried. Check out the captured gameplay of it which has people (namely the Overwatch community) worried since Echo apparently has 650 percent increased Ultimate generation for 15 seconds!

Footage of Echo’s ultimate – duplicate any enemy hero (except for Echo) and play with 650% increased ult gen for 15 secs. from Overwatch

Important to note that Echo is now in the PTR, so Blizzard will be able to adjust anything they find out of the ordinary or game-breaking. There’s no release date set yet for Echo, but given she’s already in the PTR, expect her to fly out soon-ish.

What are your thoughts on Echo so far? Just right or is her Ultimate kind of overpowered in its current state? let us know down below in the comments.