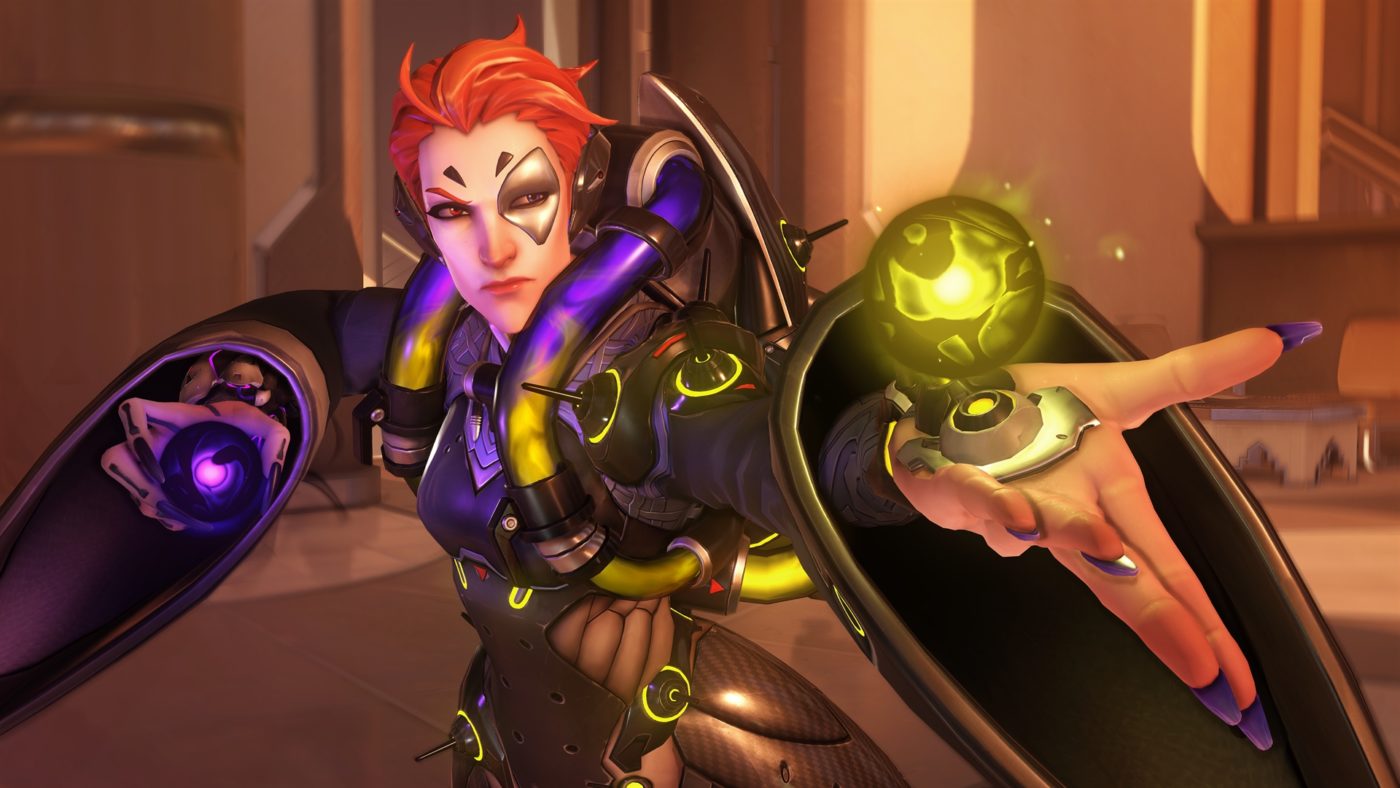 After being on the test server for the past couple of weeks, Overwatch‘s latest update is now live on PC, PlayStation 4 and Xbox One. The patch adds Moira, a new support character with both regenerative and degenerative “technologies.”

In addition to this, Blizzard has tweaked several other heroes including Ana, increasing her damage from 60 to 70, and Mercy, decreasing her movement speed by 75% while casting..

The patch also fixes several bugs, including an issue where bots were unable to spawn, a problem with bots defending Point A on certain maps, and more.

Wielding both regenerative and degenerative technologies at her fingertips, Moira O’Deorain is Talon’s ambitious geneticist who seeks the knowledge to rewrite the building blocks of human life by any means necessary.

Moira’s cutting-edge capabilities make her a mobile healer and damage dealer capable of adapting to any situation. Her main attack is Biotic Grasp, which she can use to either heal allies or sap an enemy’s life force. Biotic Grasp’s primary fire sprays a cone of energy that heals all teammates within range, draining biotic energy while active, which will replenish slowly over time. Her alternate fire is a beam that tethers to enemies, dealing damage and siphoning health. Draining her foes’ health regenerates Moira’s biotic energy even faster, allowing more healing for her allies.

Her Biotic Orb ability launches a sphere of energy that bounces around the battlefield, healing nearby allies or damaging enemies until it dissipates. Fade enables Moira to disappear out of sight and sprint through the shadows, and makes her invulnerable for its duration. When Moira’s ultimate is ready to be unleashed, she can cast Coalescence—a powerful, long-range beam of chaotic energy that pierces through barriers to heal allies or damage enemies in its path.

– One of the arcade slots will now change on a daily basis to include a variety of game modes such as Limited Duel, Low Gravity, and Capture the Flag

Developer Comments: Ana has been outshined by other support heroes lately. Boosting her damage will help her defend herself and make her more threatening to the enemy team.

Resurrect
– Cast time increased from 0 seconds to 1.75 seconds
– Mercy’s movement speed is now reduced by 75% while casting
– Can now be interrupted when Mercy is knocked back, stunned, or hacked

Developer Comment: We feel that Mercy’s recent rework has been successful, but her Resurrect ability still feels too strong and frustrating to play against. Now that it has a cast time, enemies are more able to counter the ability. However, Resurrect will cast instantly when Valkyrie is active. This should make her feel powerful when she transforms on the battlefield.

Developer Comment: This change will help both Winston’s allies and enemies know how much more damage his shield can absorb from oncoming attacks.

– Made several visual adjustments to revamp the spectator mode HUD including an improved spectator mode UI, a new unit frame style, and an animated ultimate indicator

– Fixed a bug that caused the incorrect stage of the map (e.g. Sanctum on Nepal) to be displayed during the hero selection phase when playing on Nepal and Lijiang Tower
– Fixed a bug that prevented the progress bar from displaying briefly when players reached checkpoints on Escort and Escort/Assault maps
– Fixed an issue that prevented the targeting UI on Doomfist’s Seismic Slam from functioning correctly when aiming at the spinning turbine blade near the last point of Junkertown
– Fixed a bug that caused some objects to uncharacteristically fly across the room when shot on Horizon Lunar Colony

What you think of the latest patch? Are you excited to support others with Moira? Or just grateful for Ana’s damage increase? Let us know below.