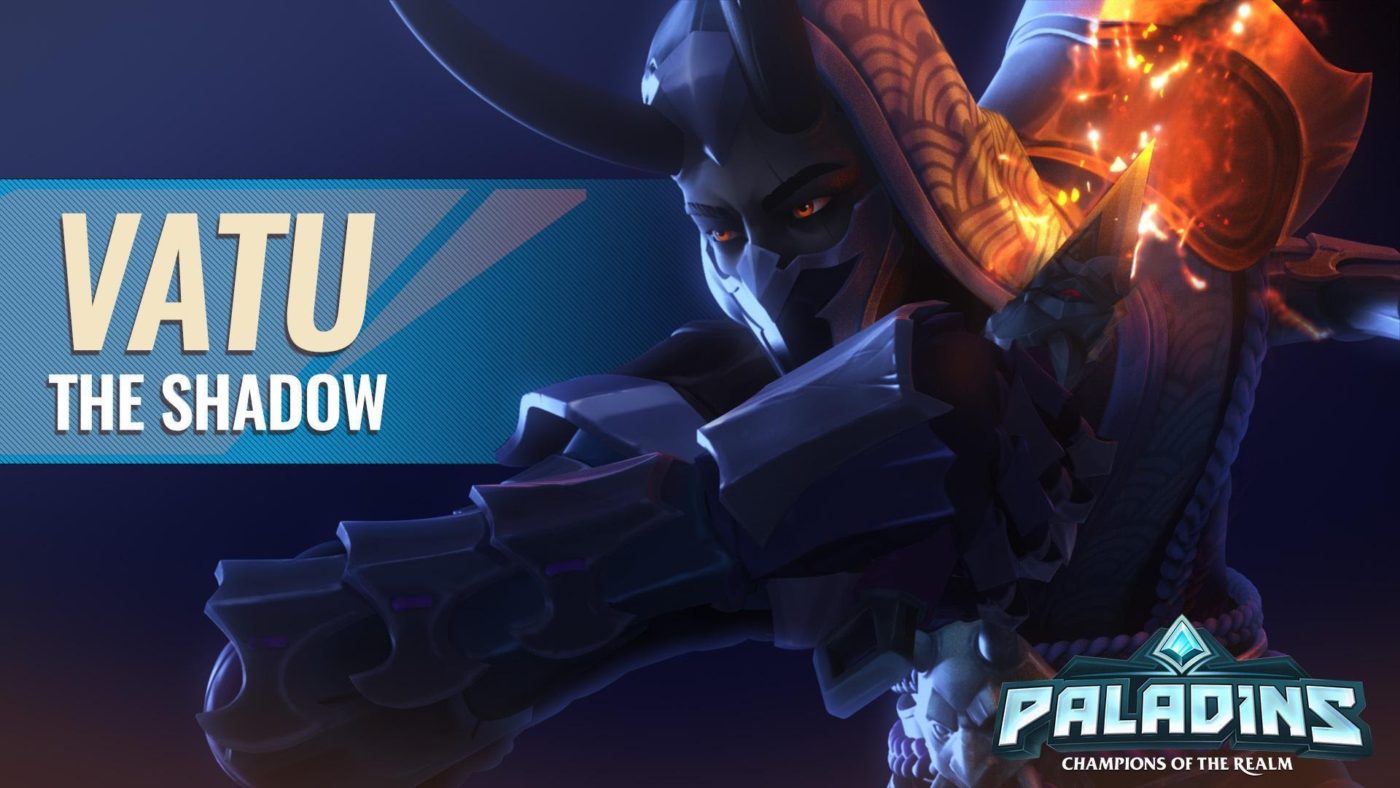 Prepare for some dark new blood hitting the world of Paladins: Champions of the Realm, as Evil Mojo Games and Hi-Rez Studios have released the Paladins new Champion teaser — which reveals the new playable champion in Vatu the Shadow!

Here’s more information about Vatu via the official website of the game.

Behind every door of the mind is the fear of the darkness in the corner of a dimly-lit room. It is the unknown — the terror without a form, but with a name: the Shadow.

Vatu’s origins are shrouded in the same shadow he uses as a weapon. He is the knife in the night, ending an eternal conflict – he is the untimely death, never confirmed as accidental. He and the Thousand Hands guild have an understanding: they provide him with work and money, and he takes care of their problems. The only thing clear in his actions are his desire to protect his Ska’Drin people and his deadly capability to do so.

Wielding sharp Kunai and mysterious shadow magic, Vatu takes care of business with a ruthless efficiency matched only by his strict code of ethics. His are not the eyes you want to see staring back at you from the darkness, for by that time it is already too late.

You can check out more Paladins news in our archives here.