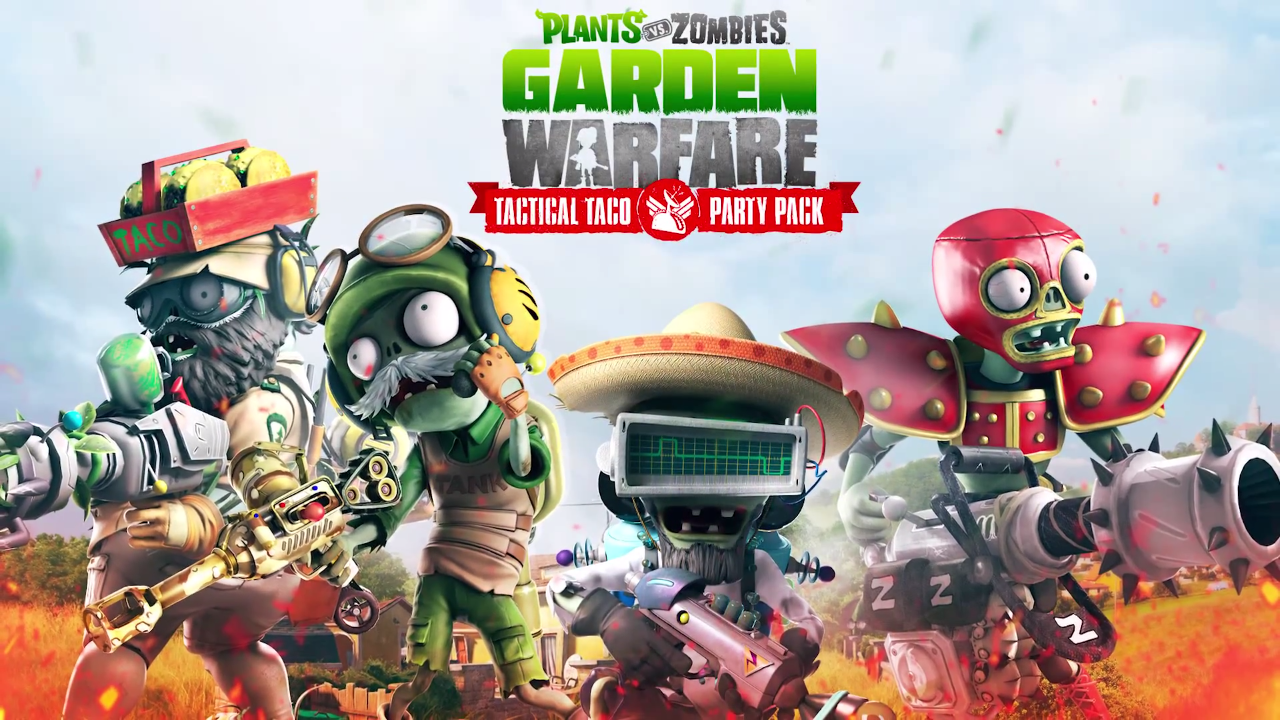 Party on with Plants vs. Zombies: Garden Warfare Tactical Taco Party Pack arriving on Xbox One and Xbox 360 on July 1, PopCapHD announced today.

The free DLC includes the new Jewel Junction map, previously only available to the recently released PC version of the game, as well as a brand new game mode called Vanquished Confirmed. Much like Kill Confirmed in another popular shooter you may know, players must collect the Crazy Orbs of fallen allies or enemies in order to deny or confirm the kill, respectively. Vanquished Confirmed, as well as all other Garden Warfare game modes will be playable on the new Jewel Junction map.

Garden Warfare servers are scheduled to go down for maintenance early morning on July 1st for 6 hours starting 1AM PDT / 8AM GMT, but the content should be available just after.

Garden Warfare is available on Xbox One and Xbox 360 and launched for the PC just last week. PlayStation users will get their go at the quirky shooter on August 19.

EA Sports UFC Multiplayer Review – How Does This Fighter Fair in the Next-Gen Arena?