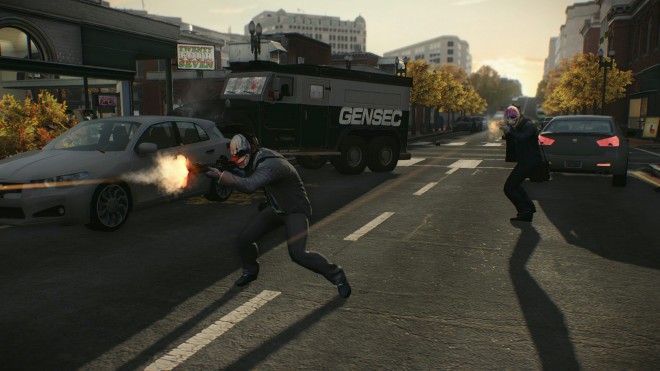 Those enjoying PayDay 2 on the PC platform can look forward to the new Armored Transport DLC expected to hit Steam tomorrow for the price of $6.99 USD.

In Armored Transport, you and your friends can take part in armored car and train heists across five existing maps. Additionally, the Armored Transport DLC will also see the inclusion of new gear such as three new weapons, new masks patterns/materials, and four U.S president masks (Reagan, Clinton, Bush and Obama).

Interestingly, those holding off on purchasing Armored Transport will still be able give it a shot if the host of the game has purchased it and has set it up for that play session. However, if you so happen to find some of the new gear associated with the DLC, you won’t be able unlock them or bring them back with you.

Overkill Software have also released a new trailer for Armored Transport, which you can view below:

At the time of this writing, there’s no set release date on when the Armored Transport DLC will make its way to the home consoles, but you can expect it to arrive on the PlayStation 3 and Xbox 360 soon.

Call Of Duty: Ghosts Day One PS4 Patch Reportedly In The Works, Will Fix Frame Rate and Resolution Issues