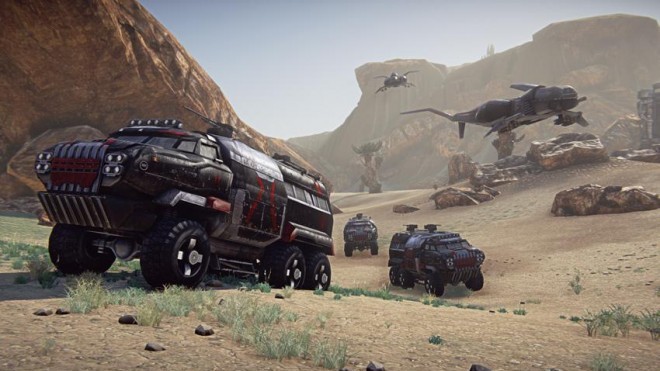 PlanetSide 2 launches on the PlayStation 4 later this year, but those hoping to see Sony Online Entertainment’s free-to-play MMO shooter feature cross platform compatibility between the PC and the console may be in for some disappointment.

News10 recently spoke with Sony Online Entertainment’s Adam Clegg who said “[PS4 players] are going to be on separate servers right now. PC players will still have their servers that we have up and running right now and then we’ll create PlayStation 4 servers for the PlanetSide 2 players.”

Although, PlanetSide 2 won’t support cross-platform gameplay, it will however feature the same free-to-play format on the PlayStation 4 and will not require a Playstation Plus account to play online.

Thanks, PCGamesN, via Vg247