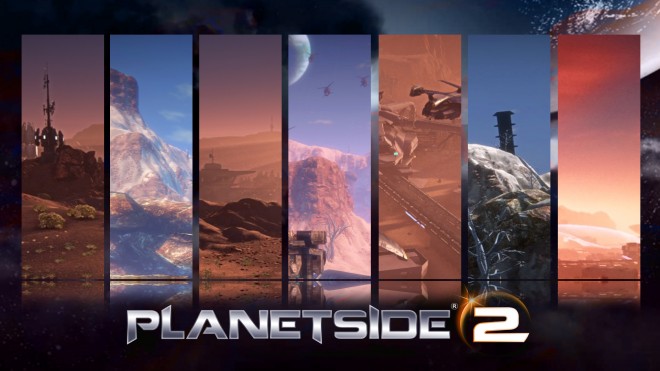 PlanetSide 2, the massive multiplayer online FPS brought to you by Sony Online Entertainment, gets its first game update today.

PlanetSide 2 is a big game, and as such, so is this multiplayer update. There are a number of changes made to general gameplay as well as  various weapons and vehicles. You’ll also find some new weapons along the way. Check out the update list in its entirety below.

The NS Decimator rocket launcher is now available to all empires.

The TAR will provide the best hip fire of this empires assault rifles. The T32 Bull will provide an adaptable solution to long or short range combat but has a slow reload.

M20 Drake: Previously the M20 Basilisk, this weapon has increased top end damage. It also has a longer range before damage fall off occurs.

M60-A Bulldog: Previously the M60 Bulldog, this aircraft weapon has had the following changes:

A30 Walker: This is now the air variant of the Walker weapon system.

The Lightning Skyguard Turret has increased projectile speed and it’s reticule has been adjusted to use the Terran Republic Burster MAX reticule.