PlayStation gamers, the PlayStation Plus free games July 2020 selections, and not only that, but Sony has also thanked fans for 10 years of PS Plus patronage!

For this month, PS Plus members are getting NBA 2K20, and Rise of the Tomb Raider for free! Also, there’s a bonus game included as well titled “Erica.”

NBA 2K has evolved into much more than a basketball simulation. With its immersive open-world Neighborhood, NBA 2K20 is a platform for gamers and ballers to come together* and create what’s next in basketball culture. Take your skills to the next level, featuring an upgraded motion engine with signature styles, advanced shooting controls, a new dribble size-up system, refined off-ball collisions, and a new read & react defensive game.

In Rise of the Tomb Raider, Lara uncovers an ancient mystery that places her in the crosshairs of a ruthless organization known as Trinity. As she races to find a powerful and sought-after artifact before Trinity, the trail leads to a myth about the Lost City of Kitezh. Lara knows she must reach the Lost City and its hidden secrets before Trinity as she sets out for Siberia on a thrilling expedition.

This feature-length cinematic experience merges high-fidelity Hollywood production values with engaging, tactile gameplay. Become Erica, a brave young lady plagued with nightmares of your father’s murder. With the traumatic events that have haunted you as a child dragged back into the light of the present-day vis grisly new clues, it’s up to you to unearth the shocking truth behind this devastating tragedy. Every choice you make influences how the game develops, with multiple endings awaiting you at the finale of the emotional branching narrative.

In addition to the games, Sony has announced that a special, limited-time 10 Years of PS Plus PS4 theme will be given out later this week. There’s also going to be a free multiplayer weekend trial for those not a member of the service yet. It starts this weekend from July 4 at 12:01 to July 5 at 11:59 p.m. (local time where you’re located).

Lastly, there’s a special graphic made just to mark the 10 years of PS Plus! Check it out below. 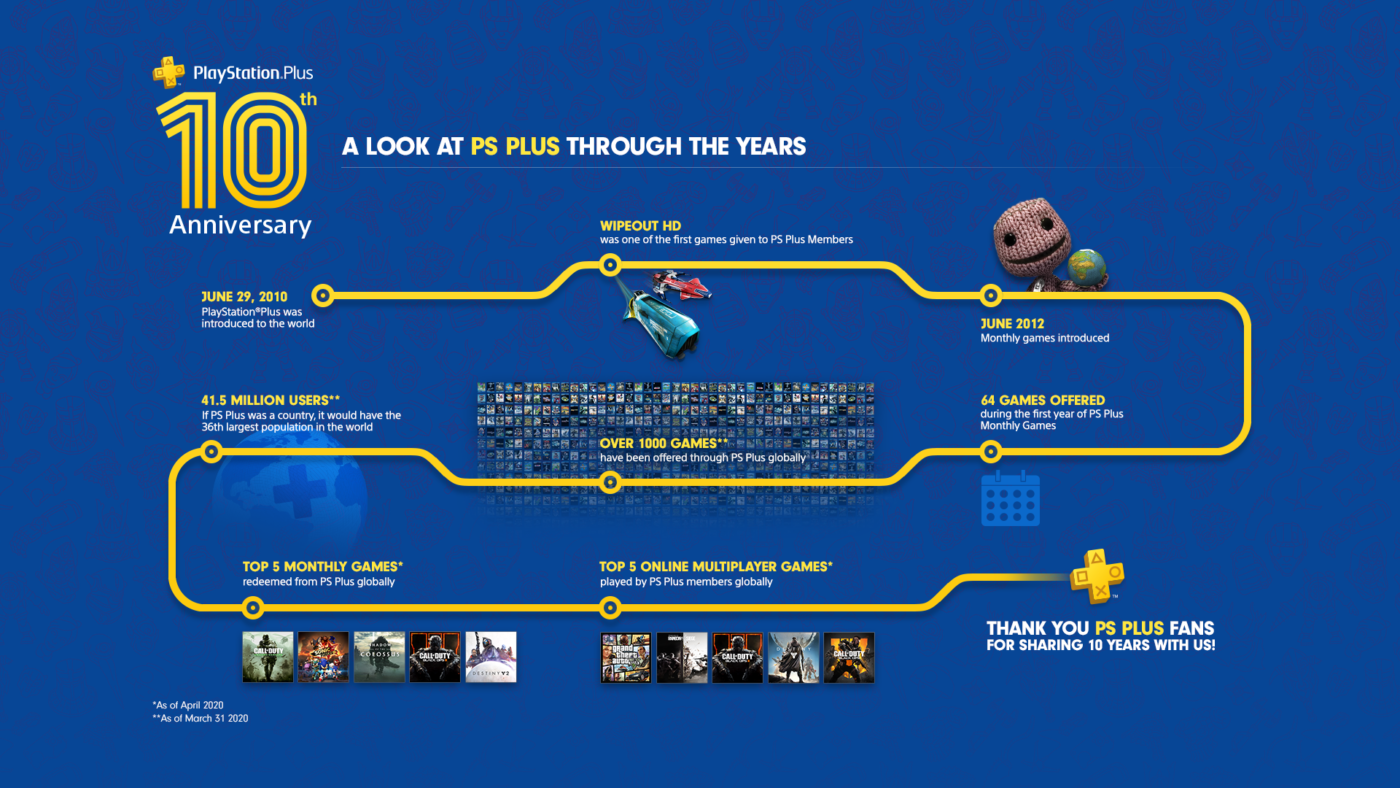 In other PlayStation news, don’t forget that the PS5 is launching later this year, and the company has announced it will offer a smooth transition from PS4 to PS5 for members. There’s also going to be a new product/feature connected to it, which will be discussed when “the time is right.”