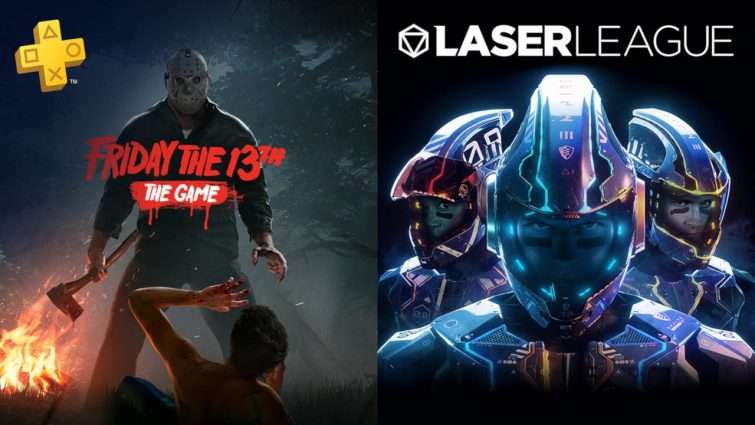 PlayStation Plus PSN Free Games October 2018 Are Friday the 13th: The Game and Laser League

Sony has finally announced the PlayStation Plus PSN free games October 2018 selection! After one rumor after another cropped up, the official PS Plus free games for October has finally been revealed, and it’s far off from the rumored titles by a long shot.

This October’s PS Plus free games are Friday the 13th: The Game, and Laser League! Check out the official trailer for the two games, as well as descriptions below.

Friday the 13th: The Game – Players can take on the role of a teen counsellor or Jason Voorhees. As a teen counsellor, you and up to six other unlucky souls will do everything possible to escape and survive while a masked killer tracks you down. Survival is entirely up to the player as you either hide from Jason or work together to either escape or bring the fight to Jason. How will you play?

Laser League – This all new multiplayer experience is easy to pick up and incredibly fun to play. What starts out as a simple test of your reflexes becomes a strategic competition with deep team tactics. Developer Roll7 (OlliOlli series and NOT A HERO) brings their approach to a near-future competition.

In addition to the two titles, this October’s PS Plus lineup includes the following games:

Don’t forget, PlayLink and PlayStation VR games are still part of the freebies if you haven’t downloaded them yet.

Here They Lie (PSVR) – Explore a nightmarish city inhabited by strange, malevolent creatures in this first-person horror game, where unsettling encounters and environments come to life. Here they Lie is available for PS Plus members until October 2.

Knowledge is Power (PlayLink) -This party game is sure to entertain as you outsmart your opponents with a massive variety of trivia questions and tactical challenges. Be sure to have a compatible mobile device and companion app and you’ll be all ready to play! Knowledge is Power is available through November 6.

Finally, for those who are playing H1Z1 on PS4, there’s a PlayStation Plus Blueshift Pack free for PS Plus members!