Originally introduced during the PS3, PlayStation Trophies have now become part and parcel of every game released, and is super important for gamers who want to “complete” a game 100 percent. If you’re confused as to how Trophies are calculated, Sony has your back, as the company has announced a slew of PlayStation Trophy changes coming tonight!

Expect changes to Trophy levels, how it’s calculated and more! Head on below for the official info.

We’ve implemented a new Trophies level calculation system that is more optimized and rewarding. Players will progress quicker through the early levels, and levels will increase more consistently. Platinum trophies will count more toward your level progression, making them even more valuable. 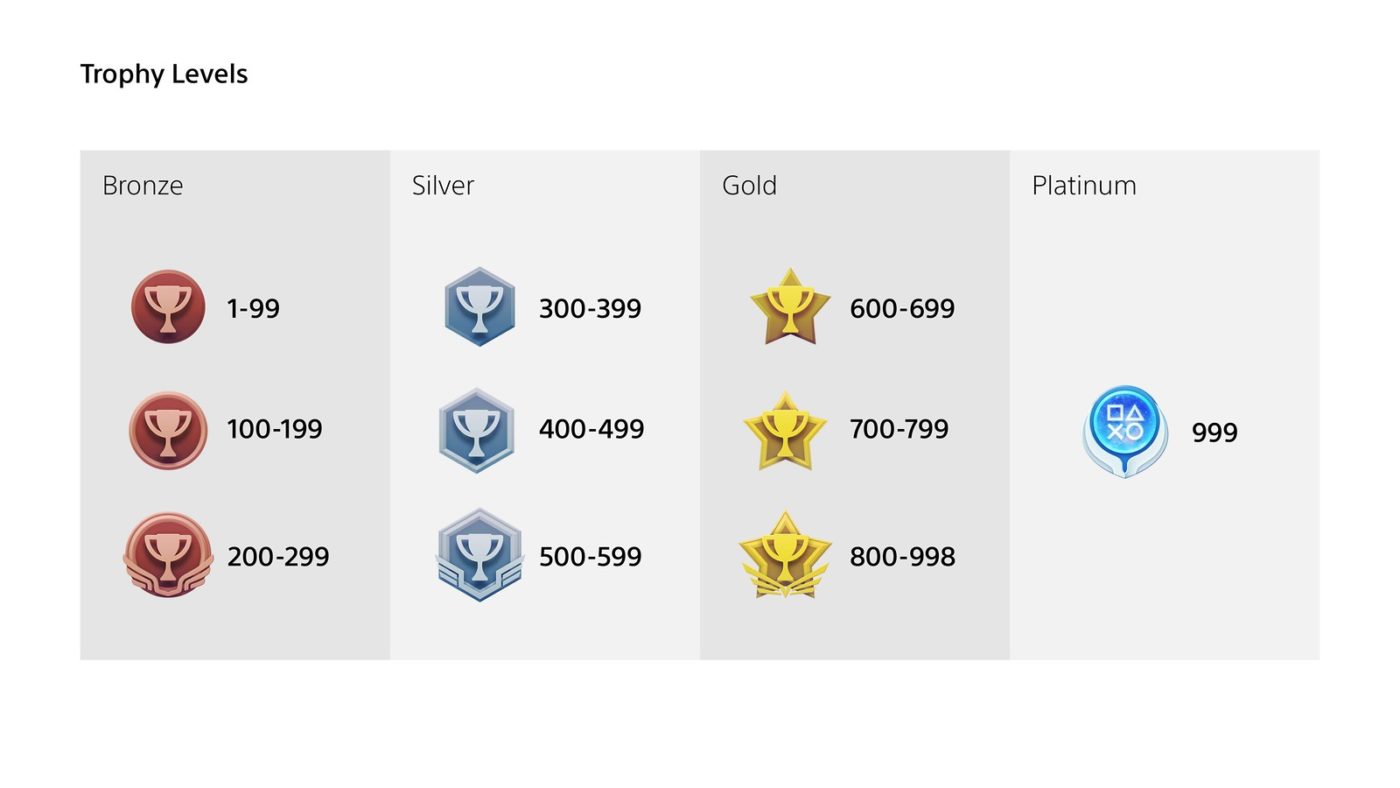 With an expanded level range, we’re also updating the trophy level icon on PlayStation 5, as well as PlayStation App at a later date. Currently the Trophies icon is just a single gold star, but we’re adding a few variants:

According to Sony, these PlayStation Trophy changes are coming later tonight for US peeps/tomorrow for EU. Also, the companyhas confirmed that any Trophy you earned during the PS3/PS4 will carry over to the PS5 as expected.

In other PlayStation news, Sony has revealed a teardown of the PS5 hardware! Go watch it now and see how massive the console is.