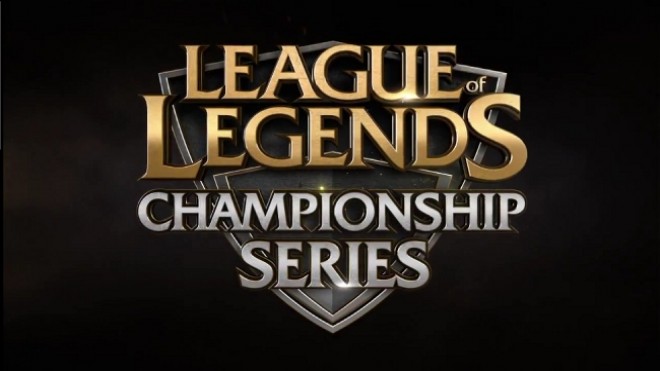 Today marks the beginning of the League of Legends Season 2 World Championship. Every team had enough time to prepare and plan new strategies to win. Twelve teams from across 6 regions (North America, Europe, Korea, Southeast Asia, and Mainland China) will fight for a prize pool of $2,000,000 USD. The tournament will last from October 4-6 when two finalists are are determined, and who will fight for the glory and a $1,000,000 prize. During the tournament, new champions Rengar, Syndra and Kha’Zix will be banned (meaning that every champion up to Diana will be available).

Team SoloMid, the current North American champion, is the oldest competitive League of Legends team. Being both loved and hated by League of Legends fans, this season they remained undefeated on the North American circuit until their loss with Azubu Blaze. During the NA Regionals, they managed to defeat every team they encountered, even beating Team Dignitas in the finals with ease, taking first place and showing their current domination of League of Legends, as well as securing a place in the quarterfinals. The team is formed by Andy “Reginald” Dinh, Brian “TheOddOne” Wyllie, Shan “Chaox” Huang, Alex “Xpecial” Chu, and their newest member, Marcus “Dyrus” Hill.

Team Dignitas, formerly known as Team Rock Solid, returns once again to prove they are one of the best teams not only in America, but of the world. After placing in the top three in 9 of the 11 possible tournaments this year, they managed to enter the World Championship placing second in the NA Regionals, losing to TSM at the finals. The team is formed by William “Scarra” Lee, Alberto “Crumbzz” Rengifo, Christian “I Will Dominate” Riviera, Michael “Imaqtpie” Santana, and Jordan “Patoy” Blackburn.

Counter Logic Gaming, one of the most known teams barely reached a spot to enter the World Championship after beating Curse in the match for the third place in the NA Regionals. Even though the team did really well last year, this year has been difficult for them, slightly participating in less events than other teams. With 7 tournaments this year (which 2 were a complete failure), CLG wants to show they can still win this tournament. The team is formed by George “HotshotGG” Georgallidis, Joe “Voboy” Esfahani, Peter “Doublelift” Peng, Michael “Bigfatlp” Tang, and Steve “Chauster” Chau.

Being fairly new to the teams roster, Moscow Five has established themselves as on of the most feared teams of League of Legends. Every tournament they’ve played has been a success, placing in the top three every time, beating teams like TSM and CLG EU. With a steady roster and an impressive communication, they managed to win the EU Regionals against SK Gaming to secure a place in the World Championship quarterfinals. The teams is formed by Aleksei “Alex Ich” Ichetovkin, Evgeny “Darien” Zhuzhlikov, Danil “Diamondprox”  Reshetnikov, Evgeny “Genja” Andryushin, and Eduard “GoSu Pepper” Abgaryan.

Even though the team was considered on of Europe’s best teams, Counter Logic Gaming EU, an extention to Counter Logic Gaming (North America), didn’t manage to win a tournament until their win against Moscow Five. After placing third in the EU Regionals (beating Fnatic) and securing a spot on the World Championship, they went to Korea and managed to get second place on Azubu The Champions Summer 2012, losing to Azubu Frost. The team is formed by Henrik “Froggen” Hansen, Mike “Wickd” Petersen, Stephen “Snoopeh” Ellis, Peter “yellowpete” Wüppen, and Mitch “Krepo” Voorspoels.

Known for their competitive spirit and passion, SK Gaming is a clear underdog in the World Championship. After obtaining a series of bad results and having some roster changes until the current one was completed in July, it wasn’t expected for them to come this far. However, they managed to get second place at the EU Regionals, beating CLG EU and securing a spot on the World Championship. Now the real challenge starts, when they start their competition against Korean champions Azubu Frost. The team is formed by Carlos “Ocelote” Rodriguez Santiago, Kevin “Kev1n”Rubiszewski, Alvar “Araneae” Martin, Bora “YellOwStaR” Kim, and Patrick “Nyph” Funke.

Azubu Frost, the strongest team of Korea, are not very known by the other teams, although they are known for being ultra-aggressive. They are known to be better than Azubu Blaze, who crushed Team SoloMid easily at the MLG Summer Arena finals. Just by knowing this, anyone can imagine this team is a clear favorite to take the tournament. Azubu Frost is a rival to fear for their aggressiveness, and other teams will need to take care of this if they want to beat them. The team is formed by Min Sung “RapidStar” Jung, Sang Myeon “Shy” Park, Hyun Woo “CloudTemplar” Lee, Gun Woong “Woong” Jand, and Min Gi “Mad Life” Hong.

With just four months after its creation, Najin Sword has established itself as a team capable of beating really good teams. After Azubu Blaze had beaten them earlier in the season, as well as crushing TSM 5-0, Najin Sword was believed to lose against them once again in the Seoul Regionals. However, they managed to defeat Blaze and establish as a strong team, and secured a spot in the World Championship. Star player Maknoon is said to be the key to the team’s success. Considered the best top laner in the world, the other teams will have to be careful and know how to defeat him. The team is formed by Sang Su “SSONG” Kim, Ha Woon “MaKNooN” Yoon, Jae Geol “Watch” Cho, Jong In “Pray” Kim, and Nu Ri “Cain” Jang.

Often considered as the strongest team in the world, Taipei Assassins spent this year dominating in the Garena Premier League, ending with a score of 29-2. This is why even though they didn’t get to compete in a tournament except the Taiwanese Regionals to score a place in the World Championship (which they won first place), they are one of the favorite teams to win this tournament. They qualified directly to the quarterfinals for being the champions and being chosen in the sweepstakes. The team is formed by Kurtis “Toyz” Lau, Wang “Stanley” June Tsan, Alex “Lilballz” Sung, Cheng “bebeisadog”Bo Wei, and Chen “MiSTakE” Hui Chung.

The Saigon Jokers had a hard time fighting against the Singapore Sentinels, who defeated them and got them to the losers bracket. Once there, they won every match until fighting again with the Sentinels. However, this time they won, and barely scored a place in the World Championship. This time, the competition will be fierce and hard, with their first challenge being Najin Sword. The team is formed by Mai “NIXWATER” Nhat Tan, Nguyen “QTV” Tran Tuong Vu, Ngo “Violet” Manh Quyen, Tran “Archie” Minh Nhut, and Tran “Junie” Huu Nhut Minh.

After two consecutive negative places, World Elite managed to beat Invictus on the Chinese Circuit and take both, first place and an instant pass to the quarterfinals of the World Championship.  This team is by far the most popular team in China. Their star, Misaya, is someone the other teams must take care of, since he’s a lethal AP Carry. The team is formed by Yu “Misaya” Jingxi, Wei “CaoMei” Handong, Ming “ClearLove” Kai, Gao “WeiXiao” Xuecheng, and Feng “Fzzf” Zhuojun.

After winning the Shanghai Regional, Invictus Gaming  proved themselves worthy enough to participate in the World Championship and prove what they can do, and what better way to start than to play against Azubu Frost in the grand opening. Even though Invictus Gaming has had a hard time with World Elite, they have played on NA servers to know better how teams like CLG play. This can give them an advantage since they can learn other teams’ strategies. However, only time will tell if this works. The team is formed by Liu “Zz1tai” Zhihao, Liu “PDD” Mou, Chen “illu SioN” Xinlin, Ge “Kid” Yan, and Sun “XiaoXiao” Yalong.

Every team will fight for the glory this October 4-6, and a champion will be declared in the finals which will take place October 13. Teams already had time to plan strategies, analyze enemy teams, and many other things. Now there’s only one way to know who will be victorious. Games start 9:00 AM (GMT-7) and will be streamed on Twitch.tv and Own3d.tv.

Which team are you rooting for? Are you excited for the epicness? Post your comments below!