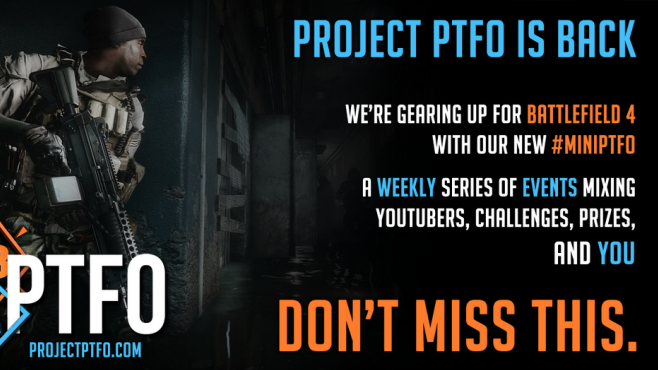 MP1st has teamed up with the guys and gals behind the organization, as well as our friends over at Pixel Enemy, to bring you a Battlefield 3/Battlefield 4 PC server to not only support all the great PTFO events, but also game nights, mini-Project PTFO events, and just some good old BF3 (and later, BF4) with other like-minded community members without out the crazy server settings.

The server will switch “themes” every week or two in order to keep things varied, but rest assured that you won’t run into any unfair rules or mods. This week, we’re focusing on the Vanilla maps to give all of you humble bundle players a chance to join in on the action. Next week’s theme will be based off your vote!

In order to vote, drop some suggestions, keep up on all the latest Project PTFO news, stay in touch with community members and organize play dates, be sure to visit the official Project PTGO thread on our forums.

To get things started, here are some usefull links to take note of.

Check out our first mini-PTFO event this Wednesday, September 18: 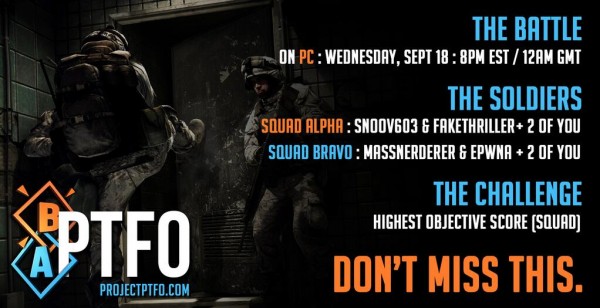 Also check us out on Twitter where you can interact and drop some suggestions!

With nothing else to report, we’ll see you on the Battlefield! Say hi in the comments below and don’t be afraid to leave some comments or suggestions!